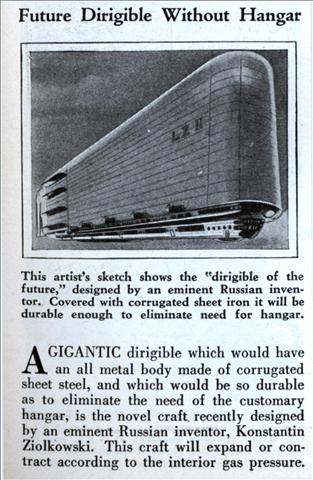 Future Dirigible Without Hangar
A GIGANTIC dirigible which would have an all metal body made of corrugated sheet steel, and which would be so durable as to eliminate the need of the customary hangar, is the novel craft recently designed by an eminent Russian inventor, Konstantin Ziolkowski. This craft will expand or contract according to the interior gas pressure.