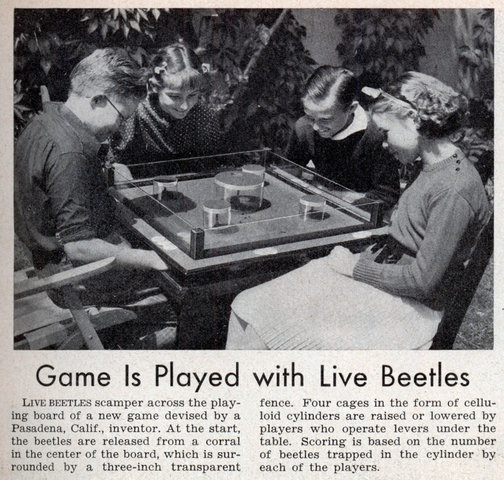 Game Is Played with Live Beetles

Live beetles scamper across the playing board of a new game devised by a Pasadena, Calif., inventor. At the start, the beetles are released from a corral in the center of the board, which is surrounded by a three-inch transparent fence. Four cages in the form of celluloid cylinders are raised or lowered by players who operate levers under the table. Scoring is based on the number of beetles trapped in the cylinder by each of the players.