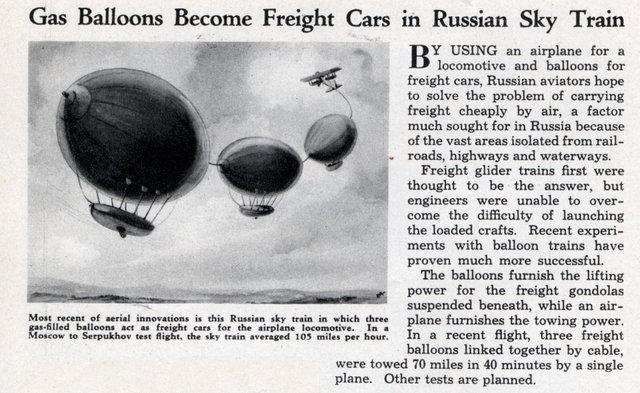 BY USING an airplane for a locomotive and balloons for freight cars, Russian aviators hope to solve the problem of carrying freight cheaply by air, a factor much sought for in Russia because of the vast areas isolated from railroads, highways and waterways.

Freight glider trains first were thought to be the answer, but engineers were unable to overcome the difficulty of launching the loaded crafts. Recent experiments with balloon trains have proven much more successful.

The balloons furnish the lifting power for the freight gondolas suspended beneath, while an airplane furnishes the towing power. In a recent flight, three freight balloons linked together by cable,
were towed 70 miles in 40 minutes by a single
plane. Other tests are planned.