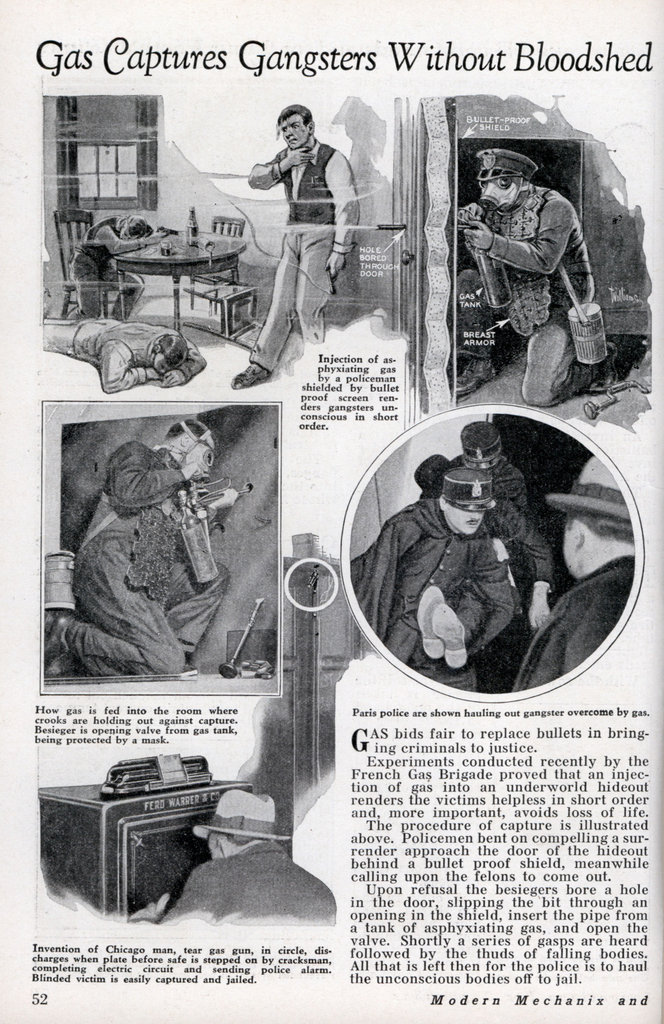 Experiments conducted recently by the French Gas Brigade proved that an injection of gas into an underworld hideout renders the victims helpless in short order and, more important, avoids loss of life.

The procedure of capture is illustrated above. Policemen bent on compelling a surrender approach the door of the hideout behind a bullet proof shield, meanwhile calling upon the felons to come out.

Upon refusal the besiegers bore a hole in the door, slipping the bit through an opening in the shield, insert the pipe from a tank of asphyxiating gas, and open the valve. Shortly a series of gasps are heard followed by the thuds of falling bodies. All that is left then for the police is to haul the unconscious bodies off to jail.