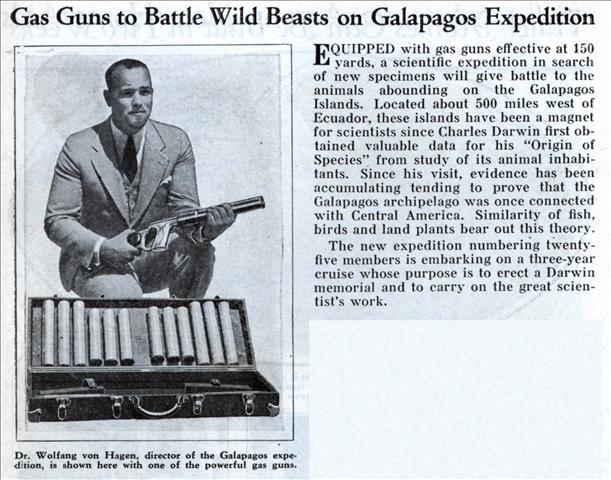 EQUIPPED with gas guns effective at 150 yards, a scientific expedition in search of new specimens will give battle to the animals abounding on the Galapagos Islands. Located about 500 miles west of Ecuador, these islands have been a magnet for scientists since Charles Darwin first obtained valuable data for his “Origin of Species” from study of its animal inhabitants. Since his visit, evidence has been accumulating tending to prove that the Galapagos archipelago was once connected with Central America. Similarity of fish, birds and land plants bear out this theory.

The new expedition numbering twenty-five members is embarking on a three-year cruise whose purpose is to erect a Darwin memorial and to carry on the great scientist’s work.