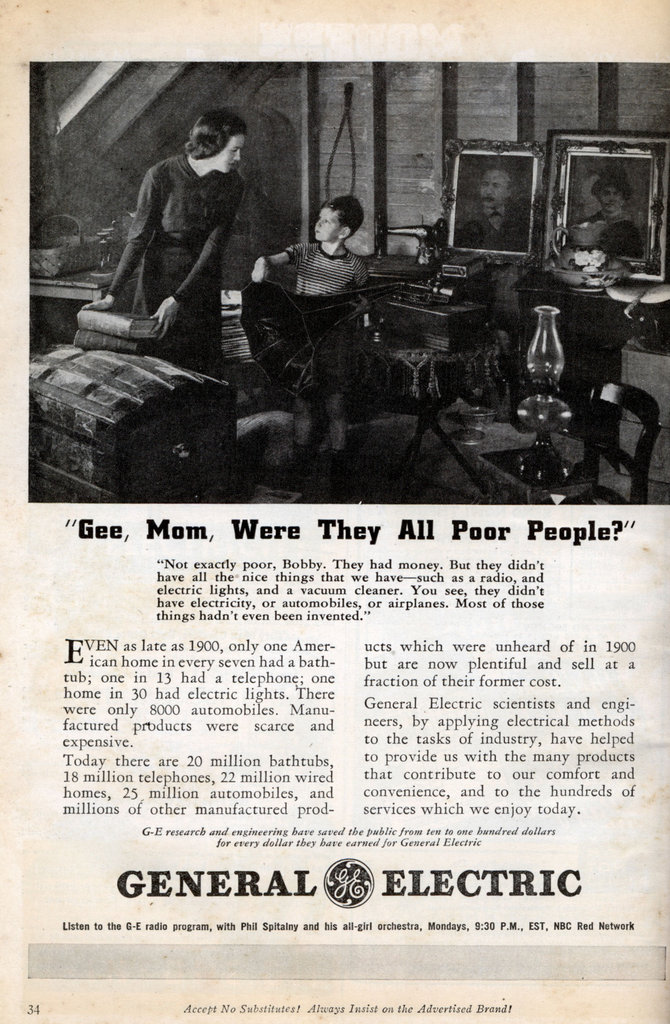 “Gee, Mom, Were They All Poor People?”

“Not exactly poor, Bobby. They had money. But they didn’t have all the nice things that we have—such as a radio, and electric lights, and a vacuum cleaner. You see, they didn’t have electricity, or automobiles, or airplanes. Most of those things hadn’t even been invented.”

EVEN as late as 1900, only one American home in every seven had a bathtub; one in 13 had a telephone; one home in 30 had electric lights. There were only 8000 automobiles. Manufactured products were scarce and expensive.

Today there are 20 million bathtubs, 18 million telephones, 22 million wired homes, 25, million automobiles, and millions of other manufactured prod-ucts which were unheard of in 1900 but are now plentiful and sell at a fraction of their former cost.

General Electric scientists and engineers, by applying electrical methods to the tasks of industry, have helped to provide us with the many products that contribute to our comfort and convenience, and to the hundreds of services which we enjoy today.