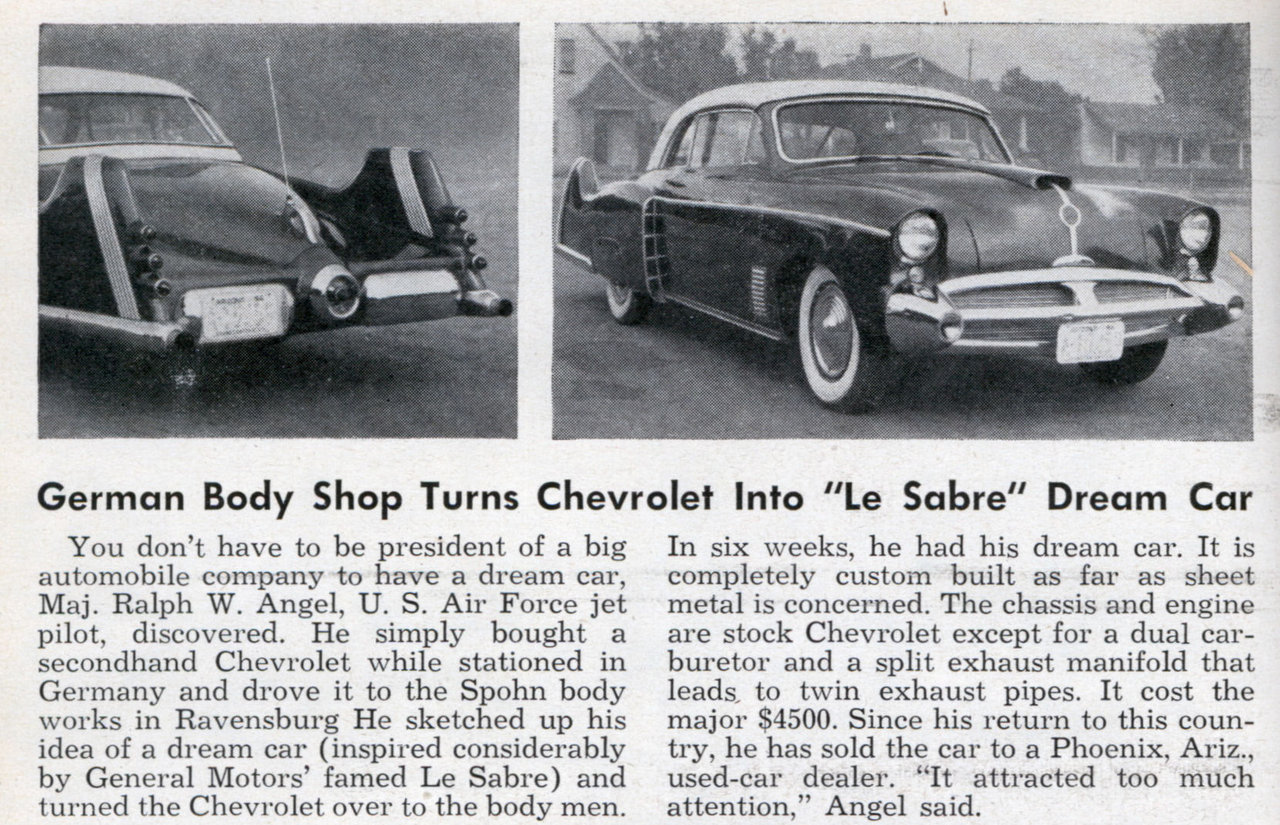 You don’t have to be president of a big automobile company to have a dream car, Maj. Ralph W. Angel, U. S. Air Force jet pilot, discovered. He simply bought a secondhand Chevrolet while stationed in Germany and drove it to the Spohn body works in Ravensburg. He sketched up his idea of a dream car (inspired considerably by General Motors’ famed Le Sabre) and turned the Chevrolet over to the body men.

In six weeks, he had his dream car. It is completely custom built as far as sheet metal is concerned. The chassis and engine are stock Chevrolet except for a dual carburetor and a split exhaust manifold that leads, to twin exhaust pipes. It cost the major $4500. Since his return to this country, he has sold the car to a Phoenix, Ariz., used-car dealer. “It attracted too much attention,” Angel said.