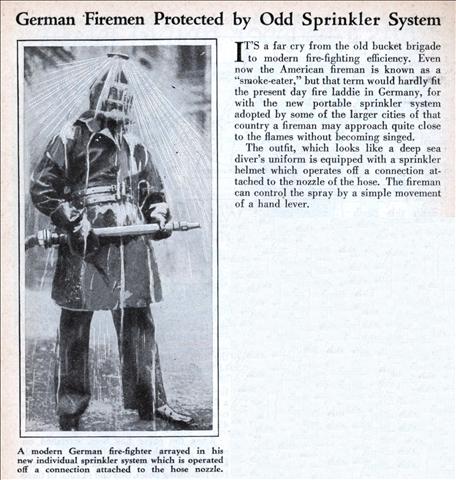 IT’S a far cry from the old bucket brigade to modern fire-fighting efficiency. Even now the American fireman is known as a “smoke-eater,” but that term would hardly fit the present day fire laddie in Germany, for with the new portable sprinkler system adopted by some of the larger cities of that country a fireman may approach quite close to the flames without becoming singed.

The outfit, which looks like a deep sea diver’s uniform is equipped with a sprinkler helmet which operates off a connection attached to the nozzle of the hose. The fireman can control the spray by a simple movement of a hand lever.