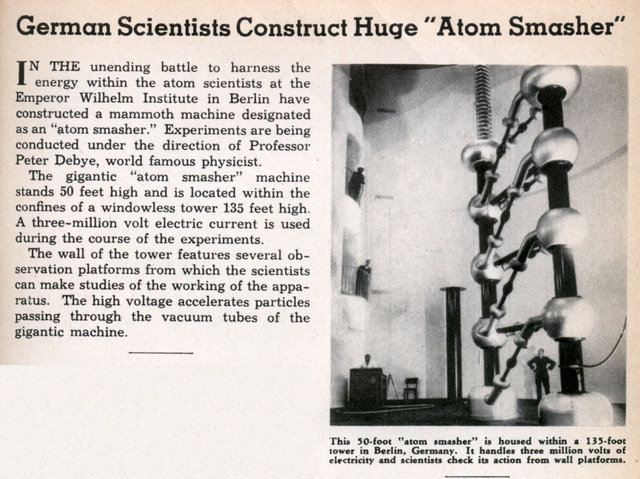 German Scientists Construct Huge “Atom Smasher”
IN THE unending battle to harness the energy within the atom scientists at the Emperor Wilhelm Institute in Berlin have constructed a mammoth machine designated as an “atom smasher.” Experiments are being conducted under the direction of Professor Peter Debye, world famous physicist.

The gigantic “atom smasher” machine stands 50 feet high and is located within the confines of a windowless tower 135 feet high. A three-million volt electric current is used during the course of the experiments.

The wall of the tower features several observation platforms from which the scientists can make studies of the working of the apparatus. The high voltage accelerates particles passing through the vacuum tubes of the gigantic machine.