Judging by the man in the picture, I would look for these “secret tests” somewhere really close to a tennis court. 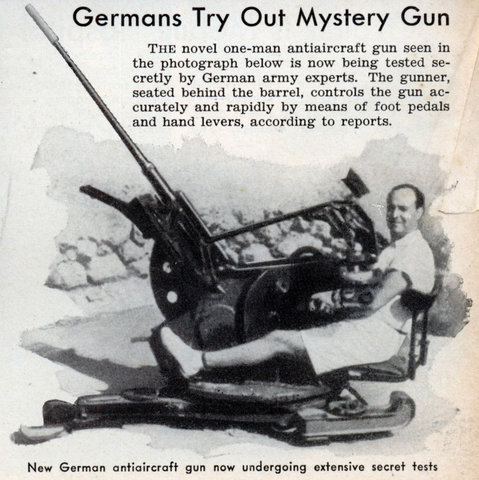 The novel one-man antiaircraft gun seen in the photograph below is now being tested secretly by German army experts. The gunner, seated behind the barrel, controls the gun accurately and rapidly by means of foot pedals and hand levers, according to reports.