That certainly is a big bomb. Exactly what would you use to carry that? Especially in 1950. 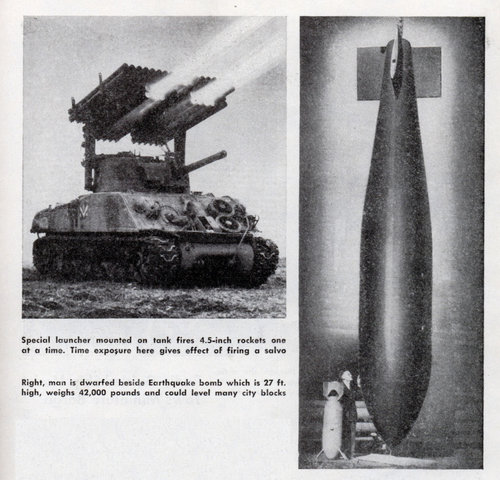 Right, man is dwarfed beside Earthquake bomb which is 27 ft. high, weighs 42,000 pounds and could level many city blocks