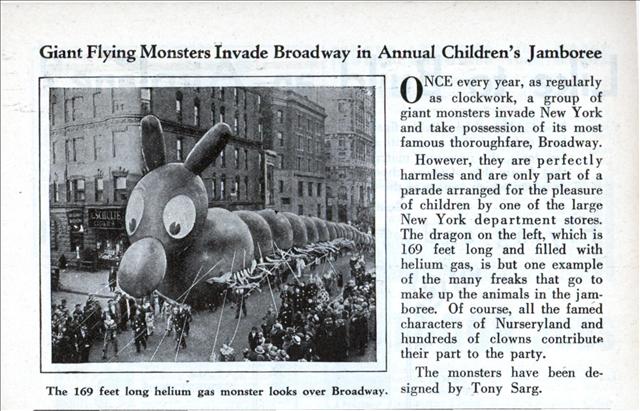 ONCE every year, as regularly as clockwork, a group of giant monsters invade New York and take possession of its most famous thoroughfare, Broadway.

However, they are perfectly harmless and are only part of a parade arranged for the pleasure of children by one of the large New York department stores. The dragon on the left, which is 169 feet long and filled with helium gas, is but one example of the many freaks that go to make up the animals in the jamboree. Of course, all the famed characters of Nurseryland and hundreds of clowns contribute their part to the party.

The monsters have been designed by Tony Sarg.