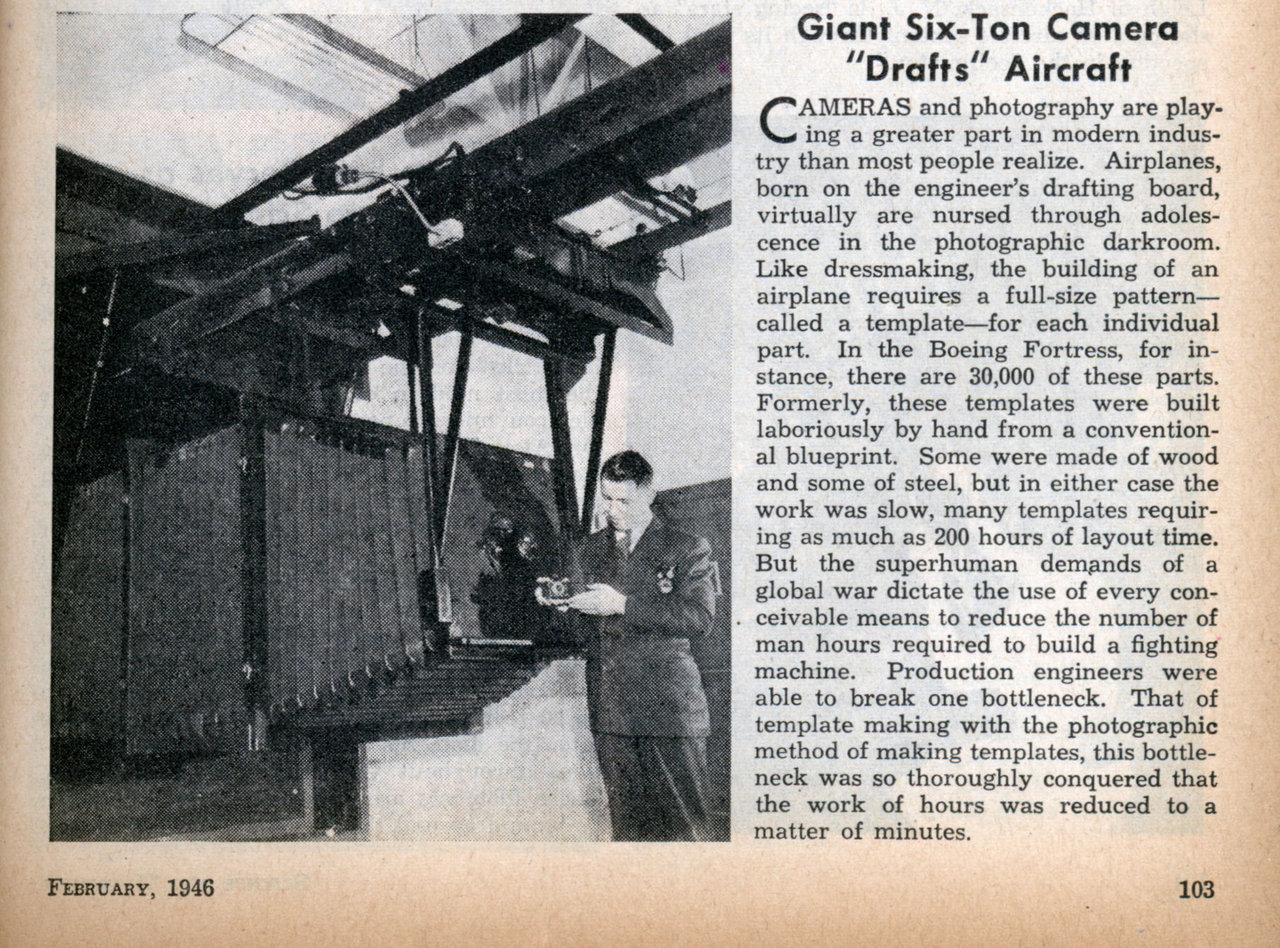 CAMERAS and photography are playing a greater part in modern industry than most people realize. Airplanes, born on the engineer’s drafting board, virtually are nursed through adolescence in the photographic darkroom. Like dressmaking, the building of an airplane requires a full-size pattern— called a template—for each individual part. In the Boeing Fortress, for instance, there are 30,000 of these parts. Formerly, these templates were built laboriously by hand from a conventional blueprint. Some were made of wood and some of steel, but in either case the work was slow, many templates requiring as much as 200 hours of layout time. But the superhuman demands of a global war dictate the use of every conceivable means to reduce the number of man hours required to build a fighting machine. Production engineers were able to break one bottleneck. That of template making with the photographic method of making templates, this bottleneck was so thoroughly conquered that the work of hours was reduced to a matter of minutes.