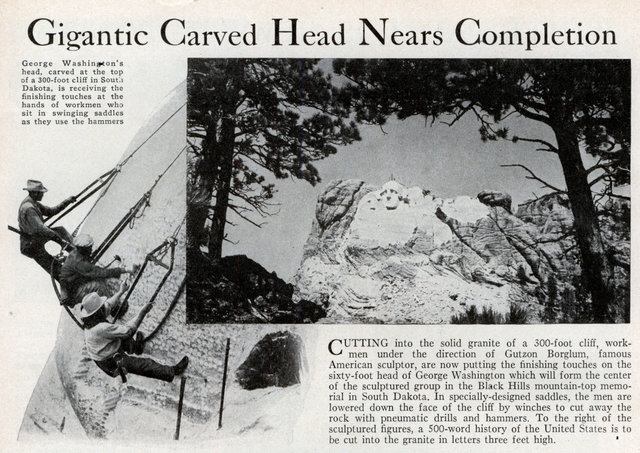 CUTTING into the solid granite of a 300-foot cliff, workmen under the direction of Gutzon Borglum, famous American sculptor, are now putting the finishing touches on the sixty-foot head of George Washington which will form the center of the sculptured group in the Black Hills mountain-top memorial in South Dakota. In specially-designed saddles, the men are lowered down the face of the cliff by winches to cut away the rock with pneumatic drills and hammers. To the right of the sculptured figures, a 500-word history of the United States is to be cut into the granite in letters three feet high.