I’m pretty sure this thing is hanging off the side of a building in Manhattan right now. 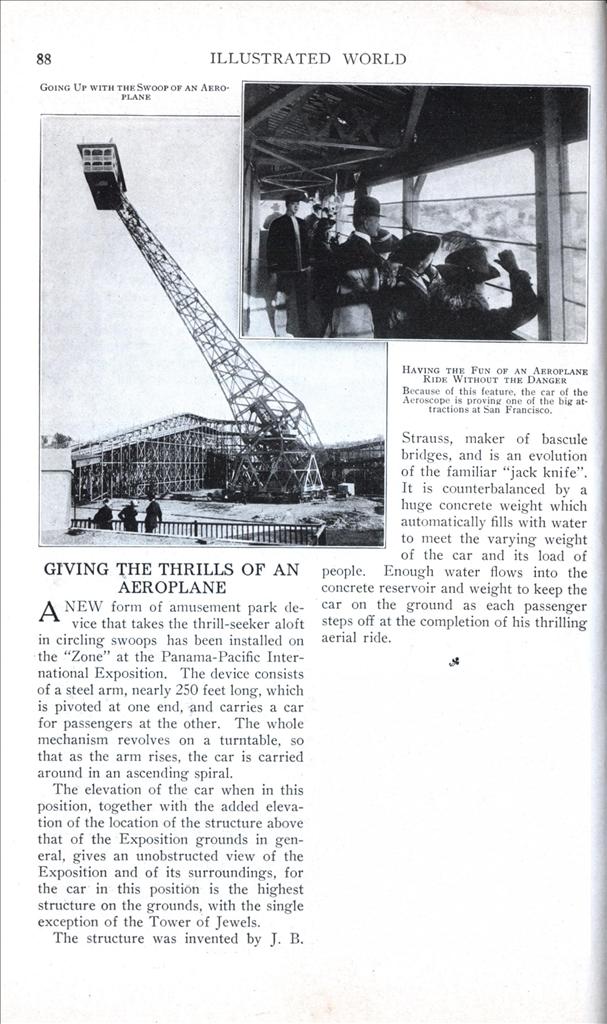 GIVING THE THRILLS OF AN AEROPLANE

A NEW form of amusement park device that takes the thrill-seeker aloft in circling swoops has been installed on the “Zone” at the Panama-Pacific International Exposition. The device consists of a steel arm, nearly 250 feet long, which is pivoted at one end, and carries a car for passengers at the other. The whole mechanism revolves on a turntable, so that as the arm rises, the car is carried around in an ascending spiral.

The structure was invented by J. B. Strauss, maker of bascule bridges, and is an evolution of the familiar “jack knife”. It is counterbalanced by a huge concrete weight which automatically fills with water to meet the varying weight of the car and its load of people. Enough water flows into the concrete reservoir and weight to keep the car on the ground as each passenger steps off” at the completion of his thrilling aerial ride.