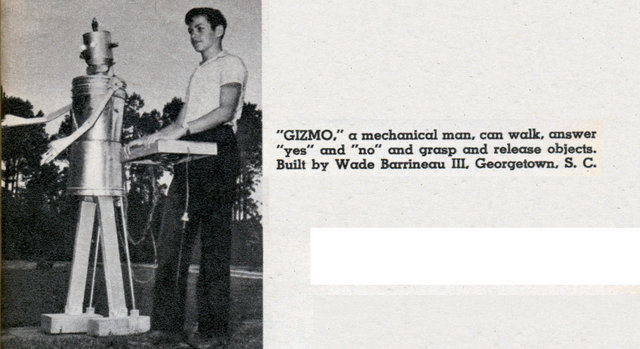 “GIZMO.” a mechanical man. can walk, answer “yes” and “no” and grasp and release objects. Built by Wade Barrineau III, Georgetown. S. C.