Well that’s pretty terrifying. I guess we know where the Nazis got the idea now. 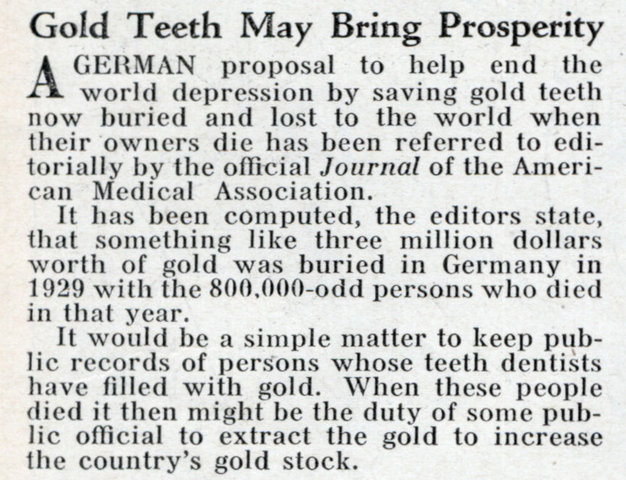 Gold Teeth May Bring Prosperity
A GERMAN proposal to help end the world depression by saving gold teeth now buried and lost to the world when their owners die has been referred to editorially by the official Journal of the American Medical Association.

It has been computed, the editors state, that something like three million dollars worth of gold was buried in Germany in 1929 with the 800,000-odd persons who died in that year.

It would be a simple matter to keep public records of persons whose teeth dentists liave filled with gold. When these people died it then might be the duty of some public official to extract the gold to increase the country’s gold stock.