Anybody want to find the current equivalent photos? I’m guessing that almost all of these buildings will be obscured. Plus I think Manhattan is a little bigger now. 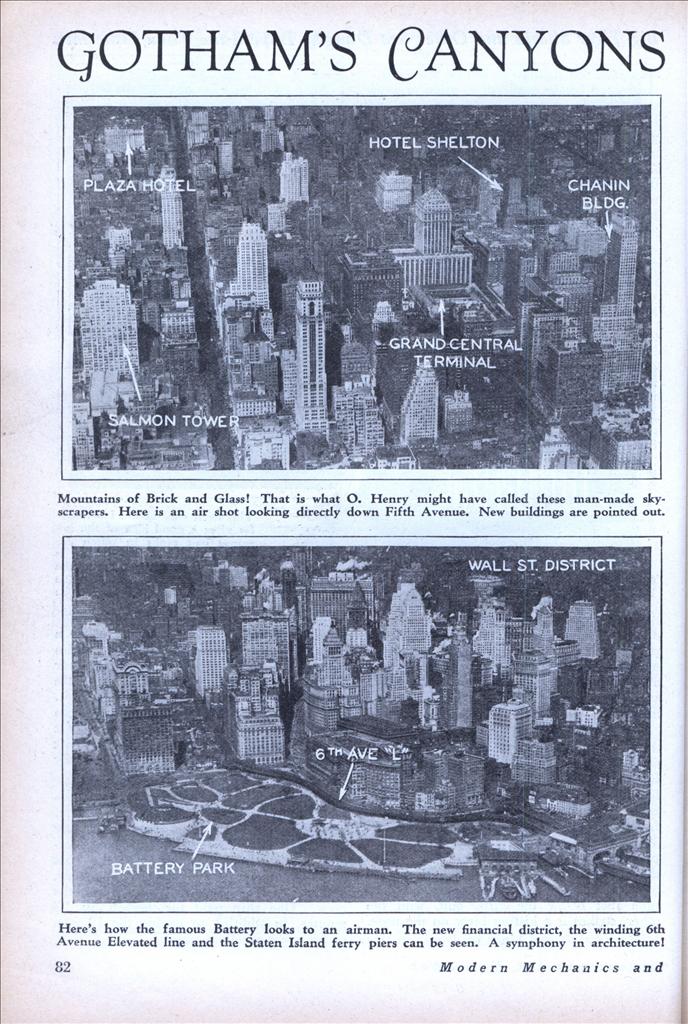 Mountains of Brick and Glass! That is what O. Henry might have called these man-made skyscrapers. Here is an air shot looking directly down Fifth Avenue. New buildings are pointed out.

Here’s how the famous Battery looks to an airman. The new financial district, the winding 6th Avenue Elevated line and the Staten Island ferry piers can be seen. A symphony in architecture!

This is the new Wall Street. The sub-treasury building, now tucked obscurely away, once was the landmark of the street and stood rather openly and exposed. Manhattan has grown up around it at that astonishing rate which has made New York the world’s foremost city of skyscrapers.

The tower of the Union Life Bldg., showing the “light that never fails,” a new monster built to replace an older hotel, and a portion of the famous park called Madison Square were caught by the aerial photographer as he circled O. Henry land. Many of the buildings shown are newly built.