Popular Science
Issue: May, 1939
Posted in: Origins
Tags: speech synthesizer
1 Comment on Grandmother of Pedro the Voder (May, 1939)

Here is the referenced article about Pedro the Voder, an early speech synthesizer. 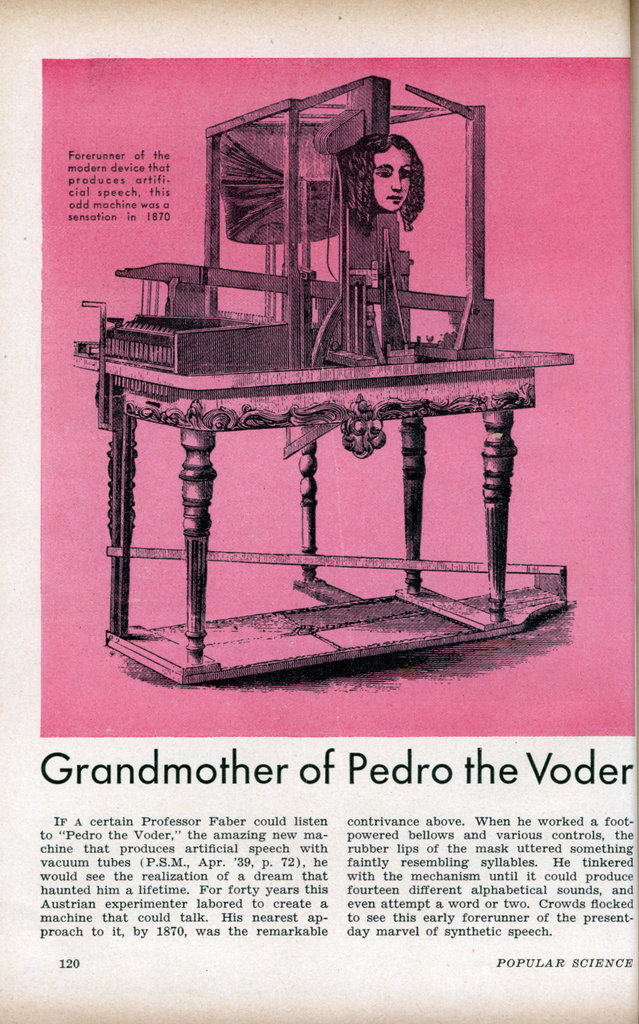 Grandmother of Pedro the Voder

If a certain Professor Faber could listen to “Pedro the Voder,” the amazing new machine that produces artificial speech with vacuum tubes (P.S.M., Apr. ’39, p. 72), he would see the realization of a dream that haunted him a lifetime. For forty years this Austrian experimenter labored to create a machine that could talk. His nearest approach to it, by 1870, was the remarkable contrivance above. When he worked a foot-powered bellows and various controls, the rubber lips of the mask uttered something faintly resembling syllables. He tinkered with the mechanism until it could produce fourteen different alphabetical sounds, and even attempt a word or two. Crowds flocked to see this early forerunner of the present-day marvel of synthetic speech.