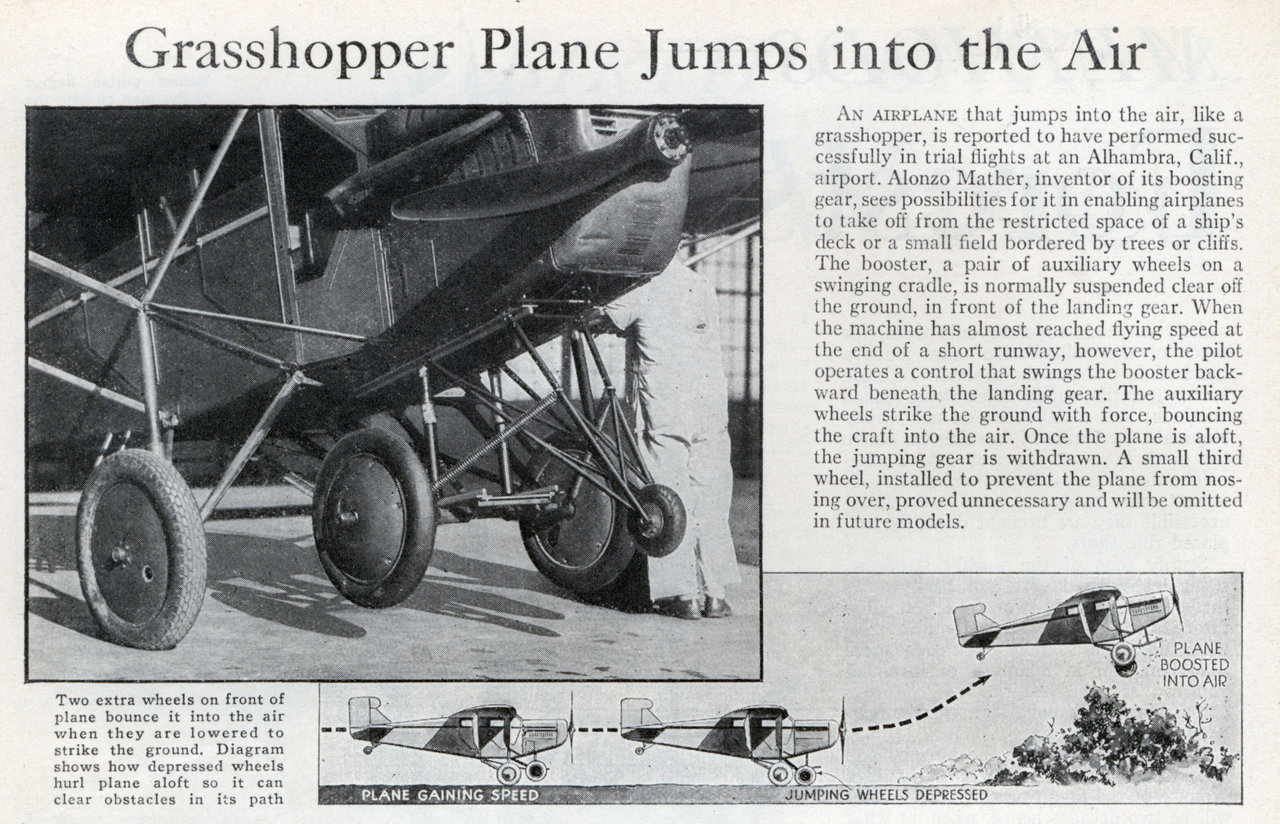 Grasshopper Plane Jumps into the Air

An airplane that jumps into the air, like a grasshopper, is reported to have performed successfully in trial flights at an Alhambra, Calif., airport. Alonzo Mather, inventor of its boosting gear, sees possibilities for it in enabling airplanes to take off from the restricted space of a ship’s deck or a small field bordered by trees or cliffs. The booster, a pair of auxiliary wheels on a swinging cradle, is normally suspended clear off the ground, in front of the landing gear. When the machine has almost reached flying speed at the end of a short runway, however, the pilot operates a control that swings the booster backward beneath the landing gear. The auxiliary wheels strike the ground with force, bouncing the craft into the air. Once the plane is aloft, the jumping gear is withdrawn. A small third wheel, installed to prevent the plane from nosing over, proved unnecessary and will be omitted in future models.