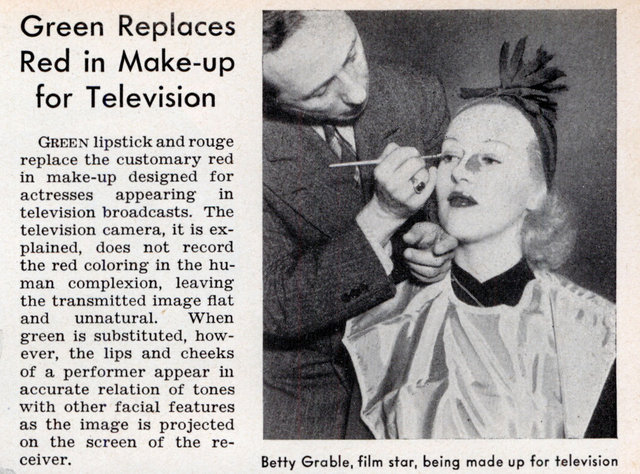 Green lipstick and rouge replace the customary red in make-up designed for actresses appearing in television broadcasts. The television camera, it is explained, does not record the red coloring in the human complexion, leaving the transmitted image flat and unnatural. When green is substituted, however, the lips and cheeks of a performer appear in accurate relation of tones with other facial features as the image is projected on the screen of the receiver.