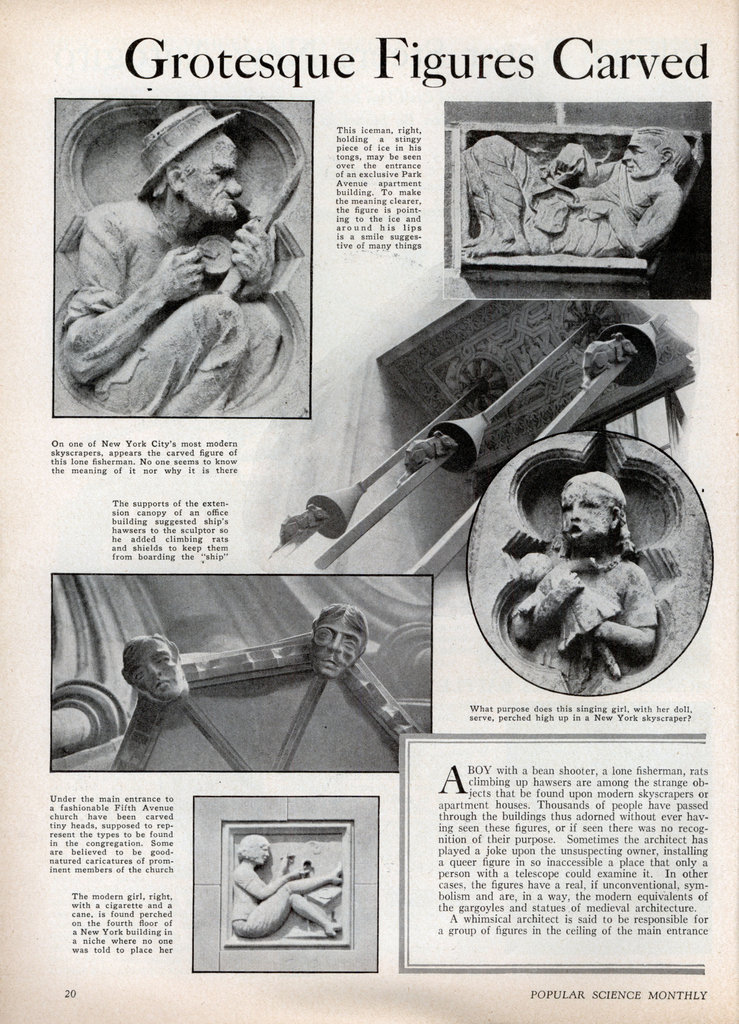 A BOY with a bean shooter, a lone fisherman, rats climbing up hawsers are among the strange objects that be found upon modern skyscrapers or apartment houses. Thousands of people have passed through the buildings thus adorned without ever having seen these figures, or if seen there was no recognition of their purpose. Sometimes the architect has played a joke upon the unsuspecting owner, installing a queer figure in so inaccessible a place that only a person with a telescope could examine it. In other cases, the figures have a real, if unconventional, symbolism and are, in a way, the modern equivalents of the gargoyles and statues of medieval architecture.

A whimsical architect is said to be responsible for a group of figures in the ceiling of the main entrance to a fashionable church in Fifth Avenue, New York. These are placed high enough to be all but invisible. They are believed to depict the types of people that the architect expected to attend the church; among those represented are the comic-paper symbols for the banker, the merchant, the professional man, the idle millionaire, and even the waster with his monocle! One expensive apartment house, with an ultra-modern scheme of decoration, presents a series of panels carved to satirize the landlord, the automobile mechanic, the stenographer, and the modern girl, the iceman, and the comedy figure of a janitor.

Photographs on these pages show what unusual sculpture our cameraman found on a tour of New York City’s newest and most famous buildings.