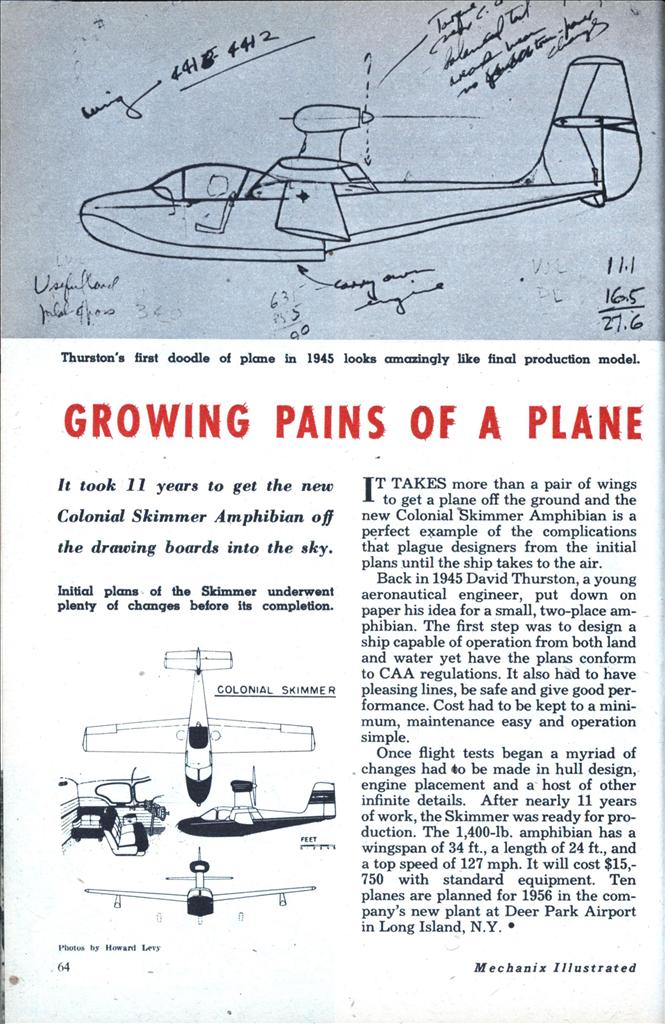 GROWING PAINS OF A PLANE

It took 11 years to get the new Colonial Skimmer Amphibian off the drawing boards into the sky.

IT TAKES more than a pair of wings to get a plane off the ground and the new Colonial Skimmer Amphibian is a perfect example of the complications that plague designers from the initial plans until the ship takes to the air.

Back in 1945 David Thurston, a young aeronautical engineer, put down on paper his idea for a small, two-place amphibian. The first step was to design a ship capable of operation from both land and water yet have the plans conform to CAA regulations. It also had to have pleasing lines, be safe and give good performance. Cost had to be kept to a minimum, maintenance easy and operation simple.

Once flight tests began a myriad of changes had to be made in hull design, engine placement and a host of other infinite details. After nearly 11 years of work, the Skimmer was ready for production. The 1,400-lb. amphibian has a wingspan of 34 ft., a length of 24 ft., and a top speed of 127 mph. It will cost $15,-750 with standard equipment. Ten planes are planned for 1956 in the company’s new plant at Deer Park Airport in Long Island, N.Y.