Huh? Someone want to explain the headline? 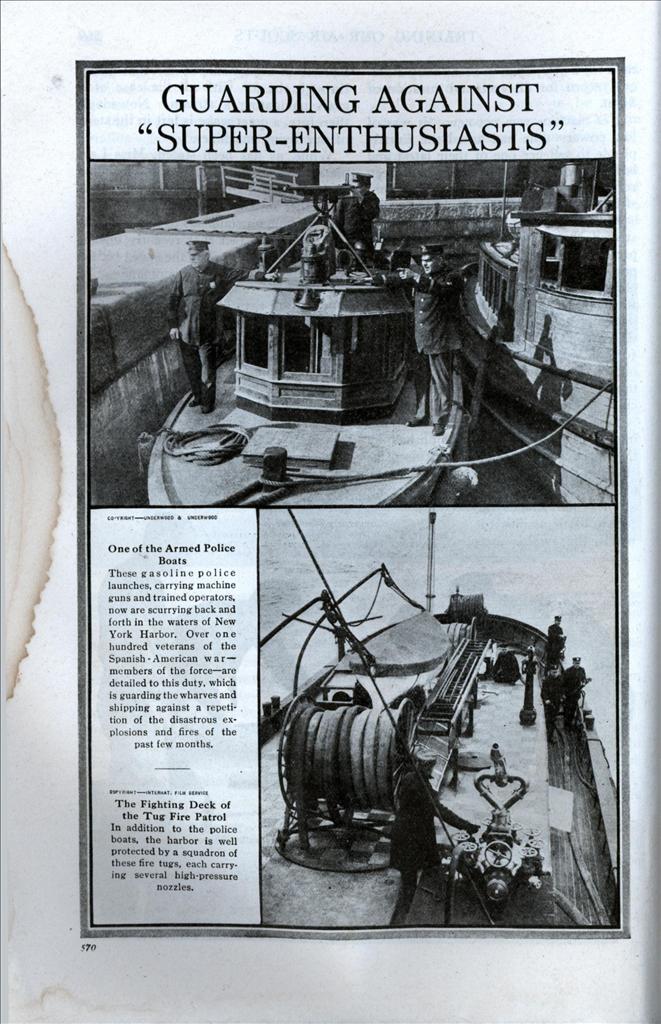 One of the Armed Police Boats

These gasoline police launches, carrying machine guns and trained operators, now are scurrying back and forth in the waters of New York Harbor. Over one hundred veterans of the Spanish-American war-members of the force—are detailed to this duty, which is guarding the wharves and shipping against a repetition of the disastrous explosions and fires of the past few months.

The Fighting Deck of the Tug Fire Patrol

In addition to the police boats, the harbor is well protected by a squadron of these fire tugs, each carrying several high-pressure nozzles.