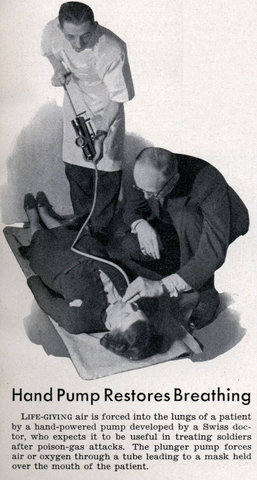 Hand Pump Restores Breathing
Life-giving air is forced into the lungs of a patient by a hand-powered pump developed by a Swiss doctor, who expects it to be useful in treating soldiers after poison-gas attacks. The plunger pump forces air or oxygen through a tube leading to a mask held over the mouth of the patient.