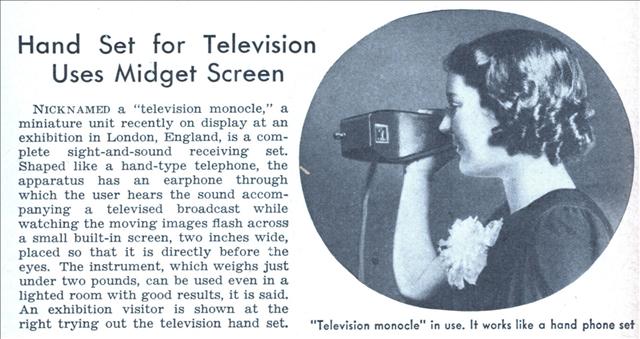 Hand Set for Television Uses Midget Screen
Nicknamed a “television monocle,” a miniature unit recently on display at an exhibition in London, England, is a complete sight-and-sound receiving set. Shaped like a hand-type telephone, the apparatus has an earphone through which the user hears the sound accompanying a televised broadcast while watching the moving images flash across a small built-in screen, two inches wide, placed so that it is directly before the eyes. The instrument, which weighs just under two pounds, can be used even in a lighted room with good results, it is said. An exhibition visitor is shown at the right trying out the television hand set.