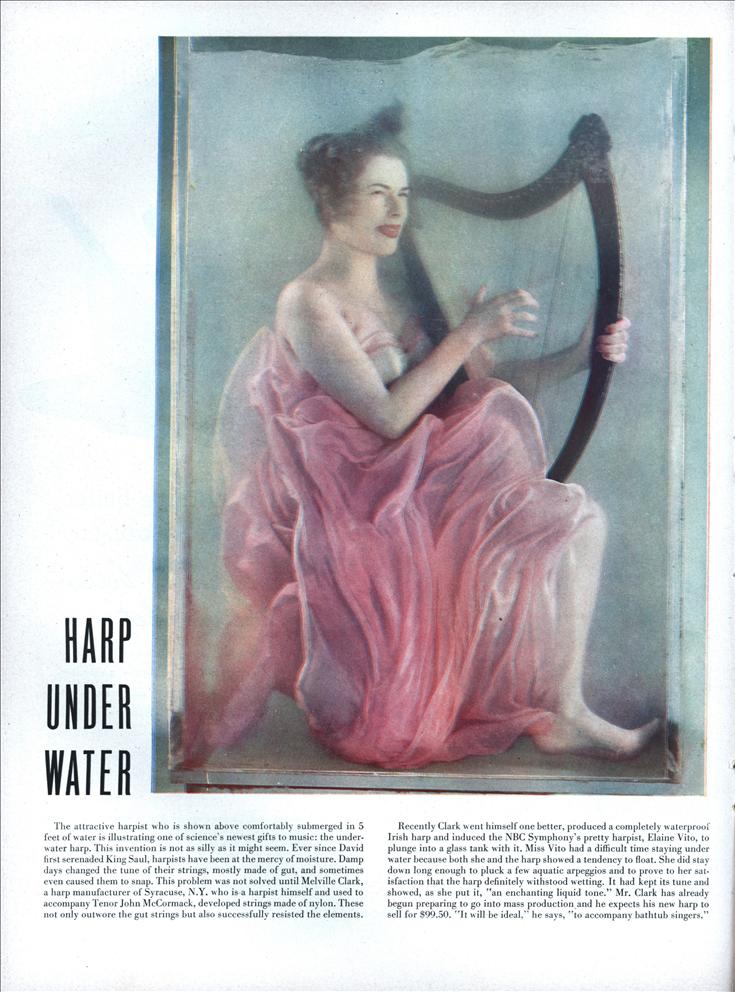 The attractive harpist who is shown above comfortably submerged in 5 feet of water is illustrating one of science’s newest gifts to music: the underwater harp. This invention is not as silly as it might seem. Ever since David first serenaded King Saul, harpists have been at the mercy of moisture. Damp days changed the tune of their strings, mostly made of gut, and sometimes even caused them to snap. This problem was not solved until Melville Clark, a harp manufacturer of Syracuse, N.Y. who is a harpist himself and used to accompany Tenor John McCormack, developed strings made of nylon. These not only outwore the gut strings but also successfully resisted the elements.

Recently Clark went himself one better, produced a completely waterproof Irish harp and induced the NBC Symphony’s pretty harpist, Elaine Vito, to plunge into a glass tank with it. Miss Vito had a difficult time staying under water because both she and the harp showed a tendency to float. She did stay down long enough to pluck a few aquatic arpeggios and to prove to her satisfaction that the harp definitely withstood wetting. It had kept its tune and showed, as she put it, “an enchanting liquid tone.” Mr. Clark has already begun preparing to go into mass production and he expects his new harp to sell for $99.50. “It will be ideal,” he says, “to accompany bathtub singers.”