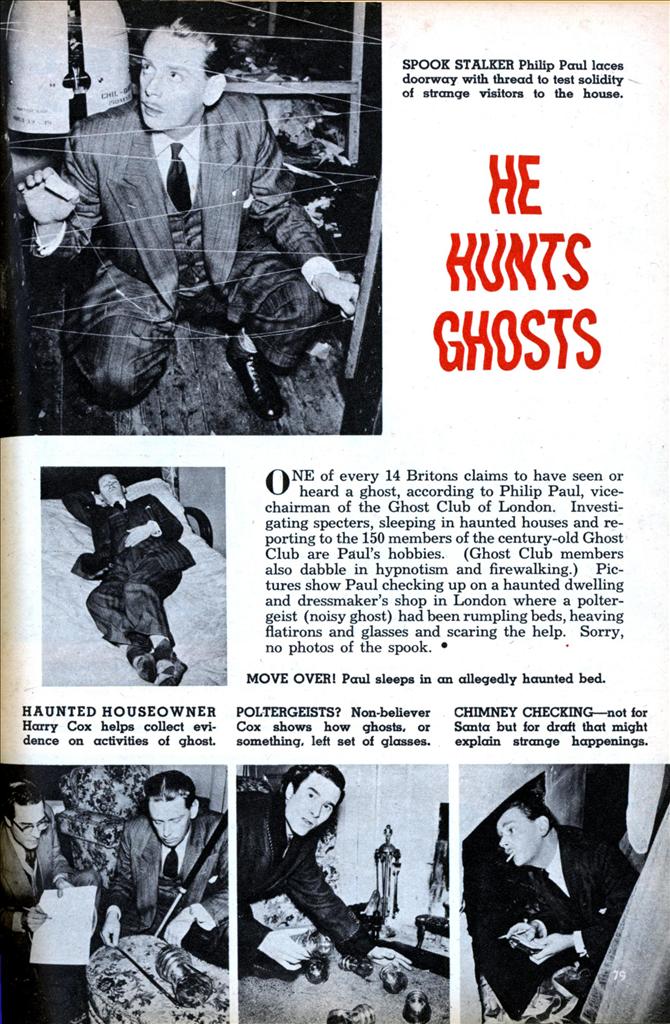 HE HUNTS GHOSTS
ONE of every 14 Britons claims to have seen or heard a ghost, according to Philip Paul, vice-chairman of the Ghost Club of London. Investigating specters, sleeping in haunted houses and reporting to the 150 members of the century-old Ghost Club are Paul’s hobbies. (Ghost Club members also dabble in hypnotism and fire walking.) Pictures show Paul checking up on a haunted dwelling and dressmaker’s shop in London where a poltergeist (noisy ghost) had been rumpling beds, heaving flatirons and glasses and scaring the help. Sorry, no photos of the spook.