What a silly hobby. 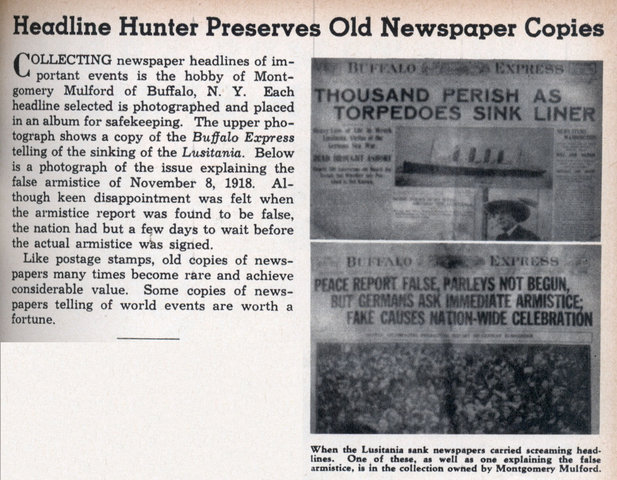 COLLECTING newspaper headlines of important events is the hobby of Montgomery Mulford of Buffalo, N. Y. Each headline selected is photographed and placed in an album for safekeeping. The upper photograph shows a copy of the Buffalo Express telling of the sinking of the Lusitania. Below is a photograph of the issue explaining the false armistice of November 8, 1918. Although keen disappointment was felt when the armistice report was found to be false, the nation had but a few days to wait before the actual armistice w&s signed.