Wow that’s a lot of deflection on those rotors in the top picture.
I think this is actually only the first U.S. helicopter. 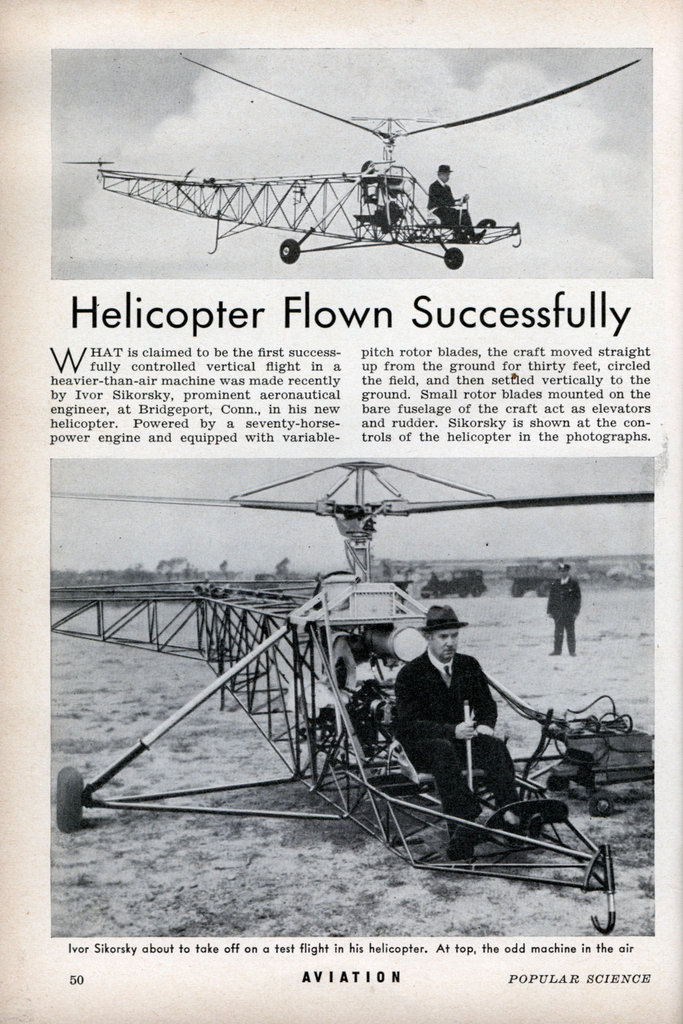 WHAT is claimed to be the first successfully controlled vertical flight in a heavier-than-air machine was made recently by Ivor Sikorsky, prominent aeronautical engineer, at Bridgeport, Conn., in his new helicopter. Powered by a seventy-horsepower engine and equipped with variable-pitch rotor blades, the craft moved straight up from the ground for thirty feet, circled the field, and then settled vertically to the ground. Small rotor blades mounted on the bare fuselage of the craft act as elevators and rudder. Sikorsky is shown at the controls of the helicopter in the photographs.