Popular Science
Issue: Jul, 1940
Posted in: Toys and Games
No Comments on Helicopter Is Target in Shooting Game (Jul, 1940) 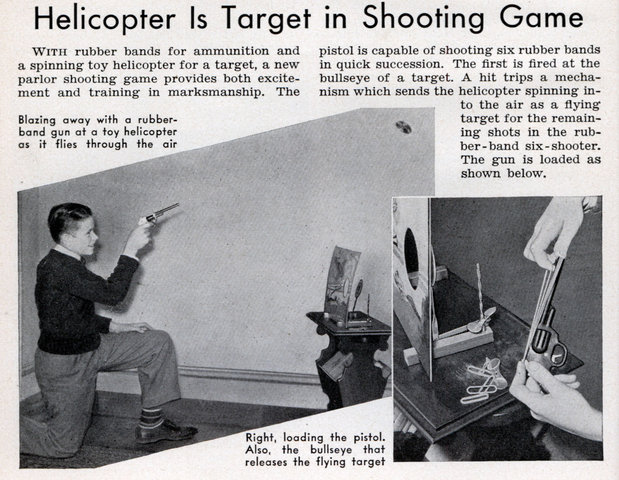 Helicopter Is Target in Shooting Game

With rubber bands for ammunition and a spinning toy helicopter for a target, a new parlor shooting game provides both excitement and training in marksmanship. The pistol is capable of shooting six rubber bands in quick succession. The first is fired at the bullseye of a target. A hit trips a me`chanism which sends the helicopter spinning into the air as a flying target for the remaining shots in the rubber-band six-shooter. The gun is loaded as shown below.