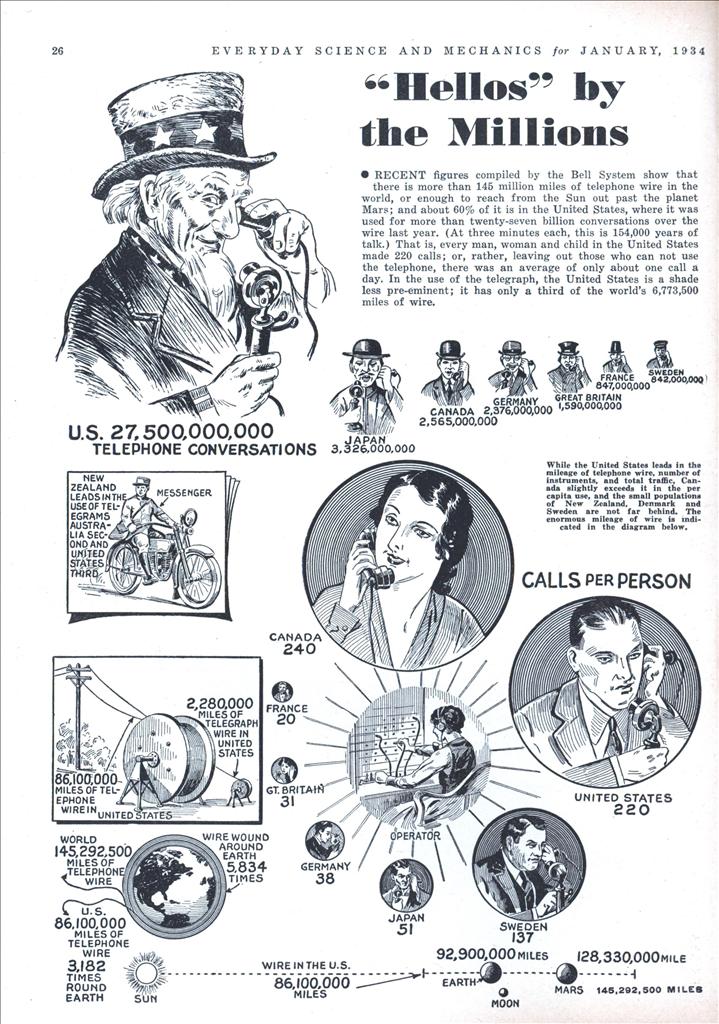 “Hellos” by the Millions

RECENT figures compiled by the Bell System show that there is more than 145 million miles of telephone wire in the world, or enough to reach from the Sun out past the planet Mars; and about 60% of it is in the United States, where it was used for more than twenty-seven billion conversations over the wire last year. (At three minutes each, this is 154,000 years of talk.) That is, every man, woman and child in the United States made 220 calls; or, rather, leaving out those who can not use the telephone, there was an average of only about one call a day. In the use of the telegraph, the United States is a shade less pre-eminent; it has only a third of the world’s 6,773,500 miles of wire.