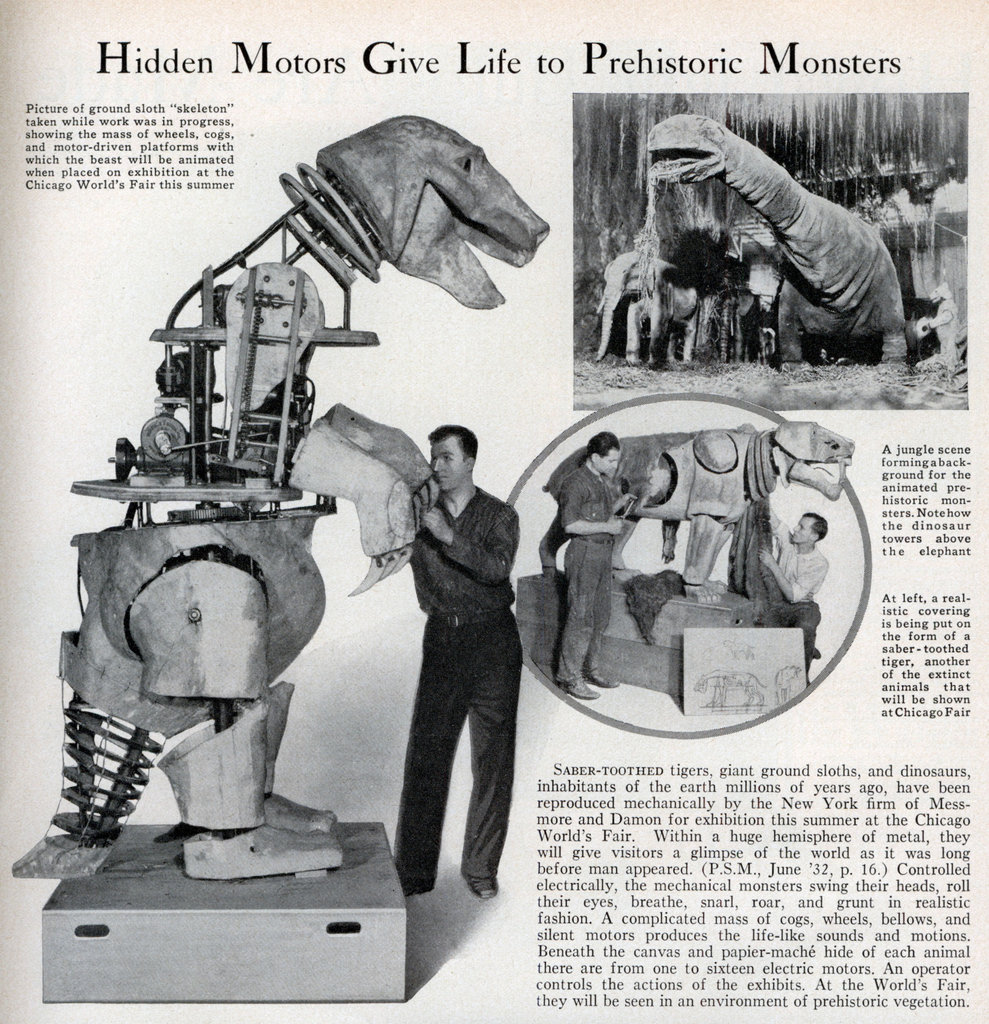 Saber-toothed tigers, giant ground sloths, and dinosaurs, inhabitants of the earth millions of years ago, have been reproduced mechanically by the New York firm of Mess-more and Damon for exhibition this summer at the Chicago World’s Fair. Within a huge hemisphere of metal, they will give visitors a glimpse of the world as it was long before man appeared. (P.S.M., June ’32, p. 16.) Controlled electrically, the mechanical monsters swing their heads, roll their eyes, breathe, snarl, roar, and grunt in realistic fashion. A complicated mass of cogs, wheels, bellows, and silent motors produces the life-like sounds and motions. Beneath the canvas and papier-mache hide of each animal there are from one to sixteen electric motors. An operator controls the actions of the exhibits. At the World’s Fair, they will be seen in an environment of prehistoric vegetation.