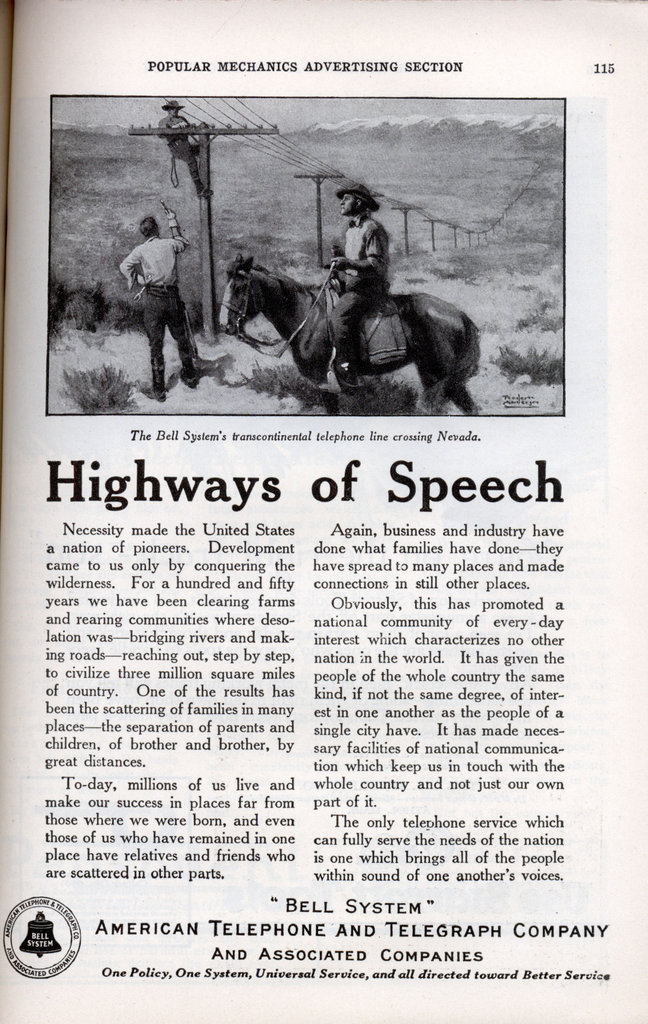 Necessity made the United States a nation of pioneers. Development came to us only by conquering the wilderness. For a hundred and fifty years we have been clearing farms and rearing communities where desolation wasâ€”bridging rivers and making roadsâ€”reaching out, step by step, to civilize three million square miles of country. One of the results has been the scattering of families in many placesâ€”the separation of parents and children, of brother and brother, by great distances.

To-day, millions of us live and make our success in places far from those where we were born, and even those of us who have remained in one place have relatives and friends who are scattered in other parts.

Again, business and industry have done what families have doneâ€”they have spread to many places and made connections in still other places.

Obviously, this has promoted a national community of every-day interest which characterizes no other nation in the world. It has given the people of the whole country the same kind, if not the same degree, of interest in one another as the people of a single city have. It has made necessary facilities of national communication which keep us in touch with the whole country and not just our own part of it.

The only telephone service which can fully serve the needs of the nation is one which brings all of the people within sound of one another’s voices.

One Policy, One System, Universal Service, and all directed toward Better Service