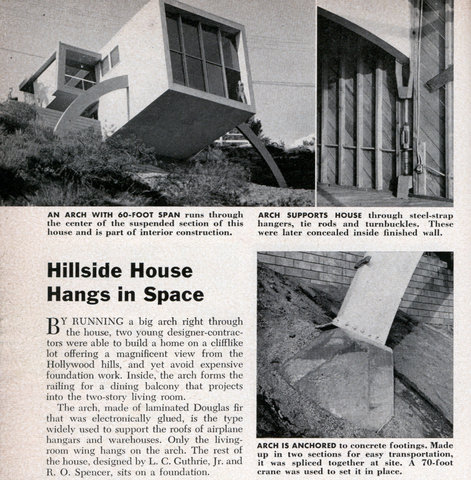 BY RUNNING a big arch right through the house, two young designer-contractors were able to build a home on a clifflike lot offering a magnificent view from the Hollywood hills, and yet avoid expensive foundation work. Inside, the arch forms the railing for a dining balcony that projects into the two-story living room.

The arch, made of laminated Douglas fir that was electronically glued, is the type Widely used to support the roofs of airplane hangars and warehouses. Only the living-room wing hangs on the arch. The rest of the house, designed by L. C. Guthrie, Jr. and R. O. Spencer, sits on a foundation.