This is the first example I’ve seen of a red-light camera. 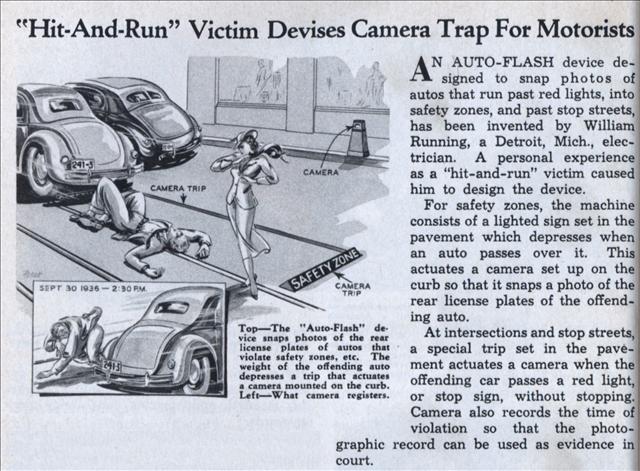 AN AUTO-FLASH device designed to snap photos of autos that run past red lights, into safety zones, and past stop streets, has been invented by William Running, a Detroit, Mich., electrician. A personal experience as a “hit-and-run” victim caused him to design the device.

For safety zones, the machine consists of a lighted sign set in the pavement which depresses when an auto passes over it. This actuates a camera set up on the curb so that it snaps a photo of the rear license plates of the offending auto.

At intersections and stop streets, a special trip set in the pavement actuates a camera when the offending car passes a red light, or stop sign, without stopping. Camera also records the time of violation so that the photographic record can be used as evidence in court.