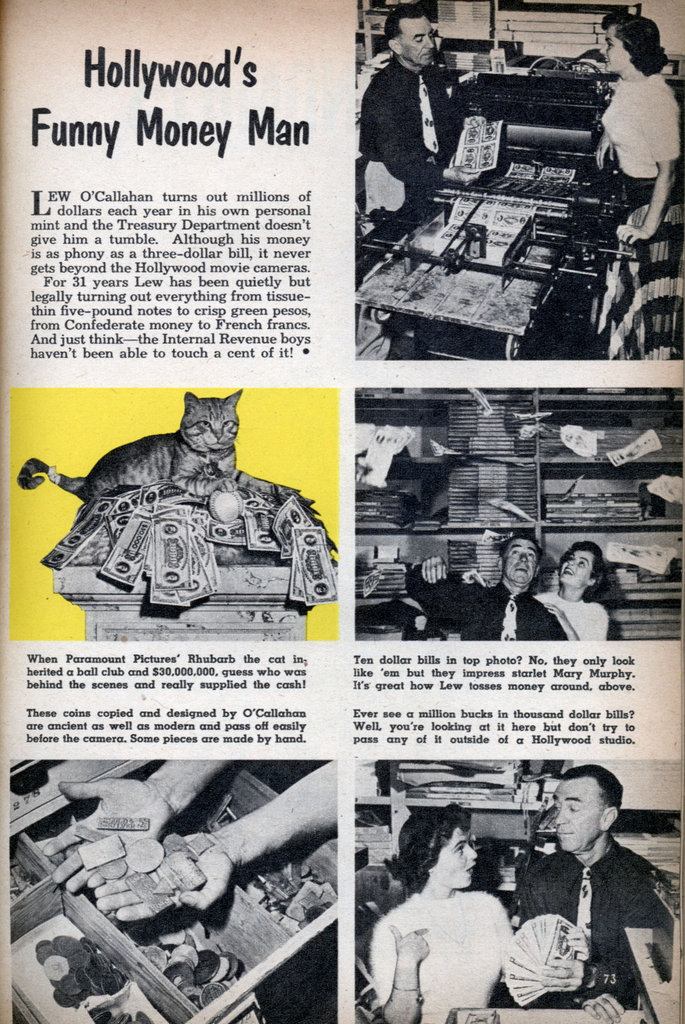 Hollywood’s Funny Money Man
LEW O’Callahan turns out millions of dollars each year in his own personal mint and the Treasury Department doesn’t give him a tumble. Although his money is as phony as a three-dollar bill, it never gets beyond the Hollywood movie cameras. For 31 years Lew has been quietly but legally turning out everything from tissue-thin five-pound notes to crisp green pesos, from Confederate money to French francs. And just thinkâ€”the Internal Revenue boys haven’t been able to touch a cent of it!