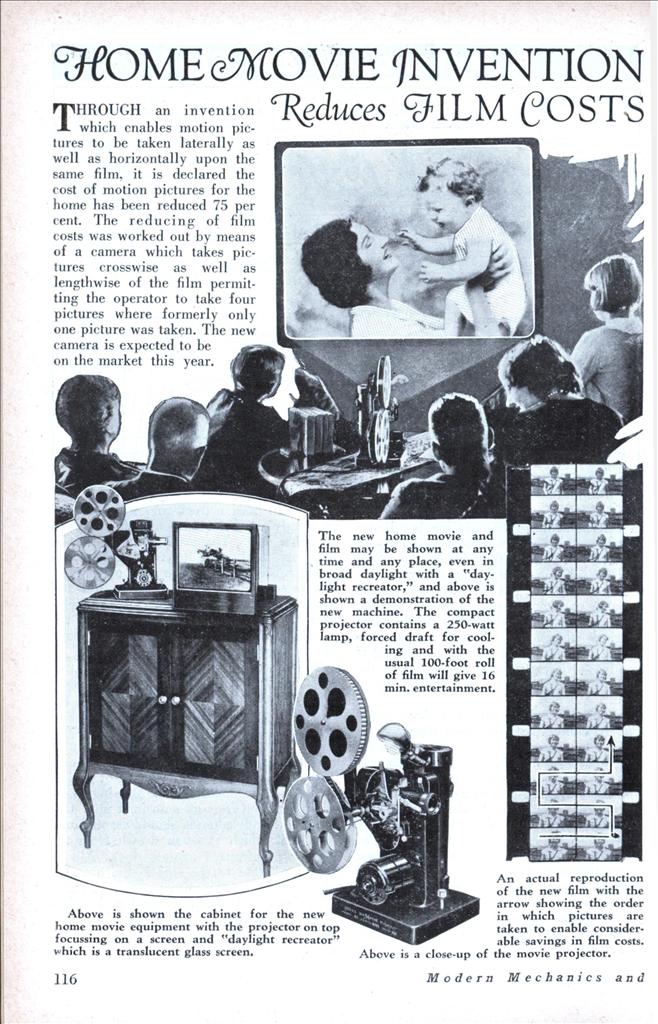 THROUGH an invention which enables motion pictures to be taken laterally as well as horizontally upon the same film, it is declared the cost of motion pictures for the home has been reduced 75 per cent. The reducing of film costs was worked out by means of a camera which takes pictures crosswise as well as lengthwise of the film permitting the operator to take four pictures where formerly only one picture was taken. The new camera is expected to be on the market this year.