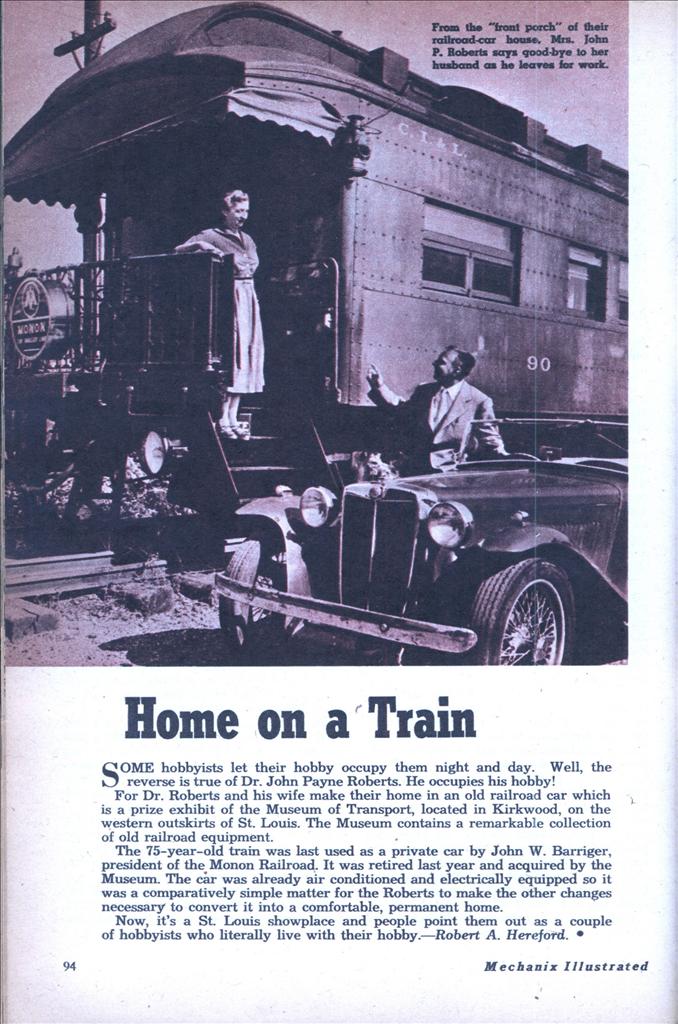 Home on a Train

SOME hobbyists let their hobby occupy them night and day. Well, the reverse is true of Dr. John Payne Roberts. He occupies his hobby!

For Dr. Roberts and his wife make their home in an old railroad car which is a prize exhibit of the Museum of Transport, located in Kirkwood, on the western outskirts of St. Louis. The Museum contains a remarkable collection of old railroad equipment.

The 75-year-old train was last used as a private car by John W. Barriger, president of the Monon Railroad. It was retired last year and acquired by the Museum. The car was already air conditioned and electrically equipped so it was a comparatively simple matter for the Roberts to make the other changes necessary to convert it into a comfortable, permanent home.

Now, it’s a St. Louis showplace and people point them out as a couple of hobbyists who literally live with their hobby.â€”Robert A. Hereford.