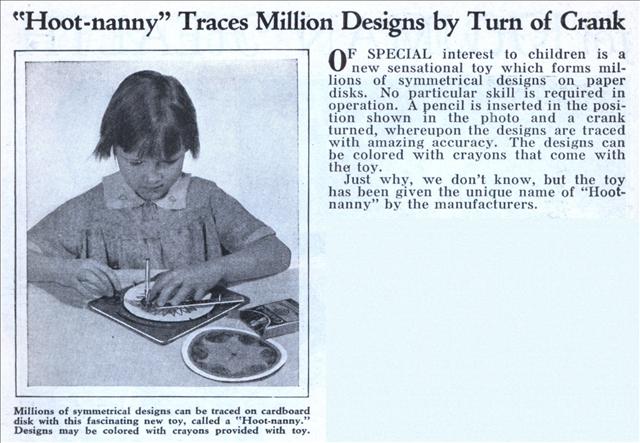 OF SPECIAL interest to children is a new sensational toy which forms millions of symmetrical designs on paper disks. No particular skill is required in operation. A pencil is inserted in the position shown in the photo and a crank turned, whereupon the designs are traced with amazing accuracy. The designs can be colored with crayons that come with the toy.

Just why, we don’t know, but the toy has been given the unique name of “Hoot-nanny” by the manufacturers.