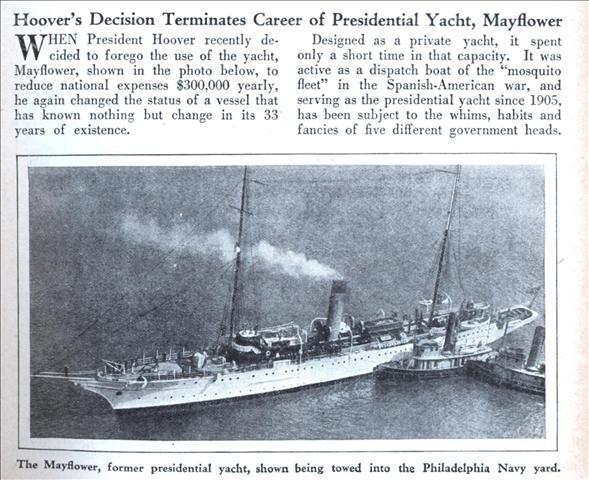 WHEN President Hoover recently decided to forego the use of the yacht, Mayflower, shown in the photo below, to reduce national expenses $300,000 yearly, he again changed the status of a vessel that has known nothing but change in its 33 years of existence.
Designed as a private yacht, it spent only a short time in that capacity. It was active as a dispatch boat of the “mosquito fleet” in the Spanish-American war, and serving as the presidential yacht since 1905, has been subject to the whims, habits and fancies of five different government heads.