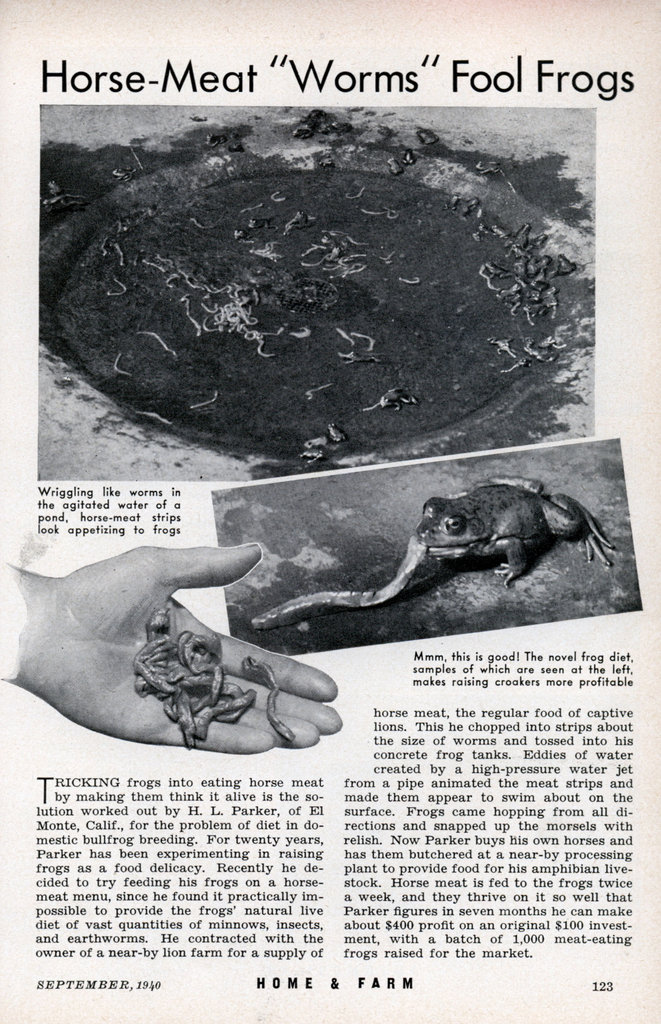 TRICKING frogs into eating horse meat by making them think it alive is the solution worked out by H. L. Parker, of El Monte, Calif., for the problem of diet in domestic bullfrog breeding. For twenty years, Parker has been experimenting in raising frogs as a food delicacy. Recently he decided to try feeding his frogs on a horse-meat menu, since he found it practically impossible to provide the frogs’ natural live diet of vast quantities of minnows, insects, and earthworms. He contracted with the owner of a near-by lion farm for a supply of horse meat, the regular food of captive lions. This he chopped into strips about the size of worms and tossed into his concrete frog tanks. Eddies of water created by a high-pressure water jet from a pipe animated the meat strips and made them appear to swim about on the surface. Frogs came hopping from all directions and snapped up the morsels with relish. Now Parker buys his own horses and has them butchered at a near-by processing plant to provide food for his amphibian livestock. Horse meat is fed to the frogs twice a week, and they thrive on it so well that Parker figures in seven months he can make about $400 profit on an original $100 investment, with a batch of 1,000 meat-eating frogs raised for the market.