Modern Mechanix
Issue: May, 1929
Posted in: Automotive
Tags: parking
4 Comments on HOTEL for AUTOS (May, 1929)

How would they get a car from the back of a row? There is an small automatic parking garage in my neighborhood and it’s pretty complex. 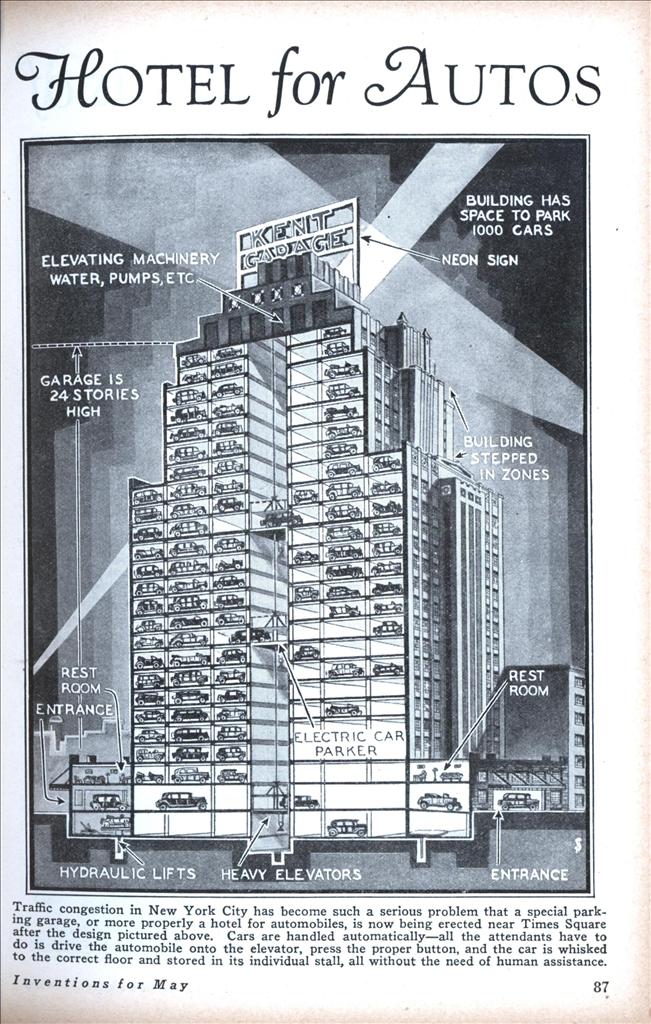 HOTEL for AUTOS
Traffic congestion in New York City has become such a serious problem that a special parking garage, or more properly a hotel for automobiles, is now being erected near Times Square alter the design pictured above. Cars are handled automatically—all the attendants have to do is drive the automobile onto the elevator, press the proper button, and the car is whisked to the correct floor and stored in its individual stall, all without the need of human assistance.