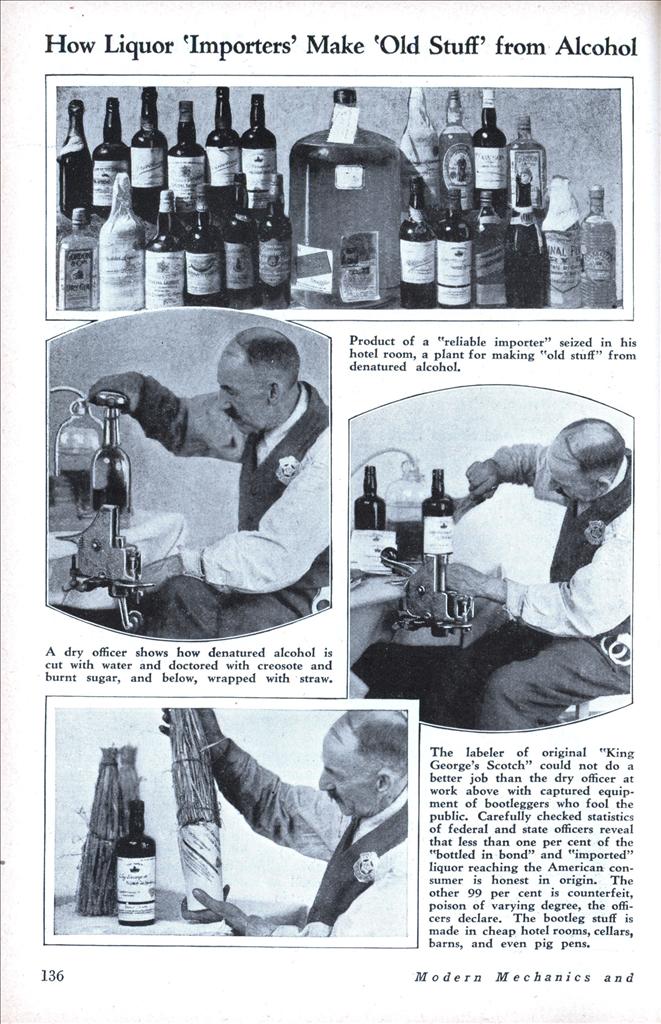 Product of a “reliable importer” seized in his hotel room, a plant for making “old stuff” from denatured alcohol.

A dry officer shows how denatured alcohol is cut with water and doctored with creosote and burnt sugar, and below, wrapped with straw.

The labeler of original “King George’s Scotch” could not do a better job than the dry officer at work above with captured equipment of bootleggers who fool the public. Carefully checked statistics of federal and state officers reveal that less than one per cent of the “bottled in bond” and “imported” liquor reaching the American consumer is honest in origin. The other 99 per cent is counterfeit, poison of varying degree, the officers declare. The bootleg stuff is made in cheap hotel rooms, cellars, barns, and even pig pens.