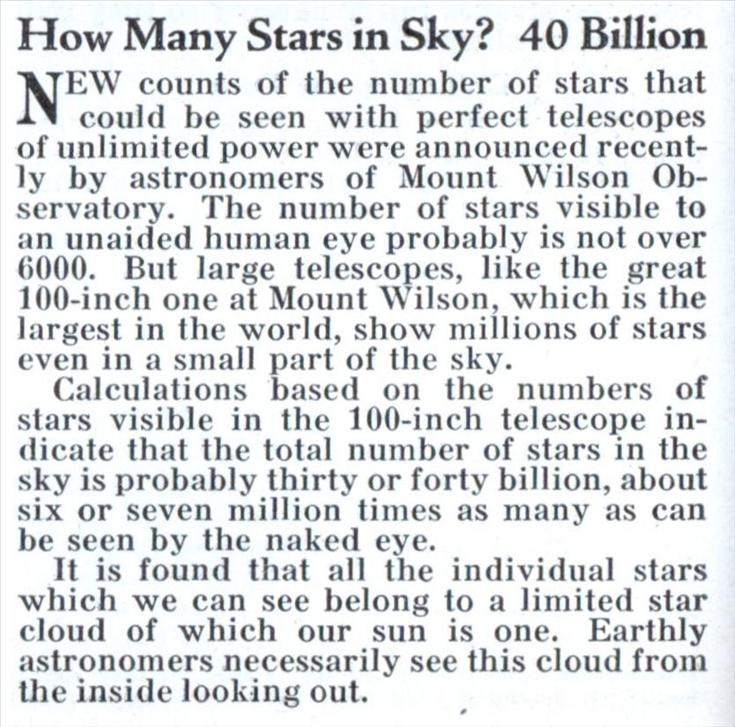 Calculations based on the numbers of stars visible in the 100-inch telescope indicate that the total number of stars in the sky is probably thirty or forty billion, about six or seven million times as many as can be seen by the naked eye.

It is found that all the individual stars which we can see belong to a limited star cloud of which our sun is one. Earthly astronomers necessarily see this cloud from the inside looking out.