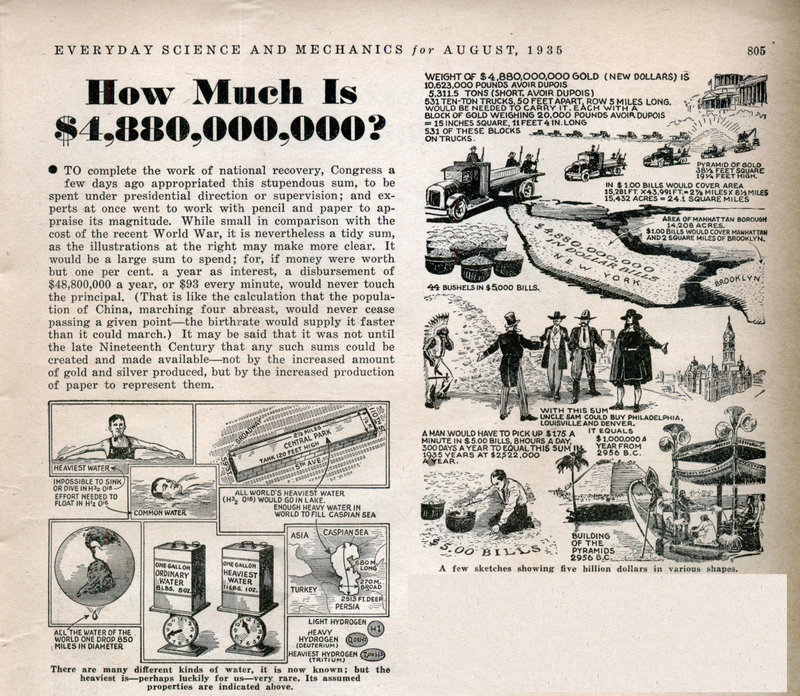 How Much Is $4,880,000,000?
TO complete the work of national recovery, Congress a few days ago appropriated this stupendous sum, to be spent under presidential direction or supervision; and experts at once went to work with pencil and paper to appraise its magnitude. While small in comparison with the cost of the recent World War, it is nevertheless a tidy sum, as the illustrations at the right may make more clear. It would be a large sum to spend; for, if money were worth but one per cent, a year as interest, a disbursement of $48,800,000 a year, or $93 every minute, would never touch the principal. (That is like the calculation that the population of China, marching four abreast, would never cease passing a given point—the birthrate would supply it faster than it could march.) It may be said that it was not until the late Nineteenth Century that any such sums could be created and made available—not by the increased amount of gold and silver produced, but by the increased production of paper to represent them.