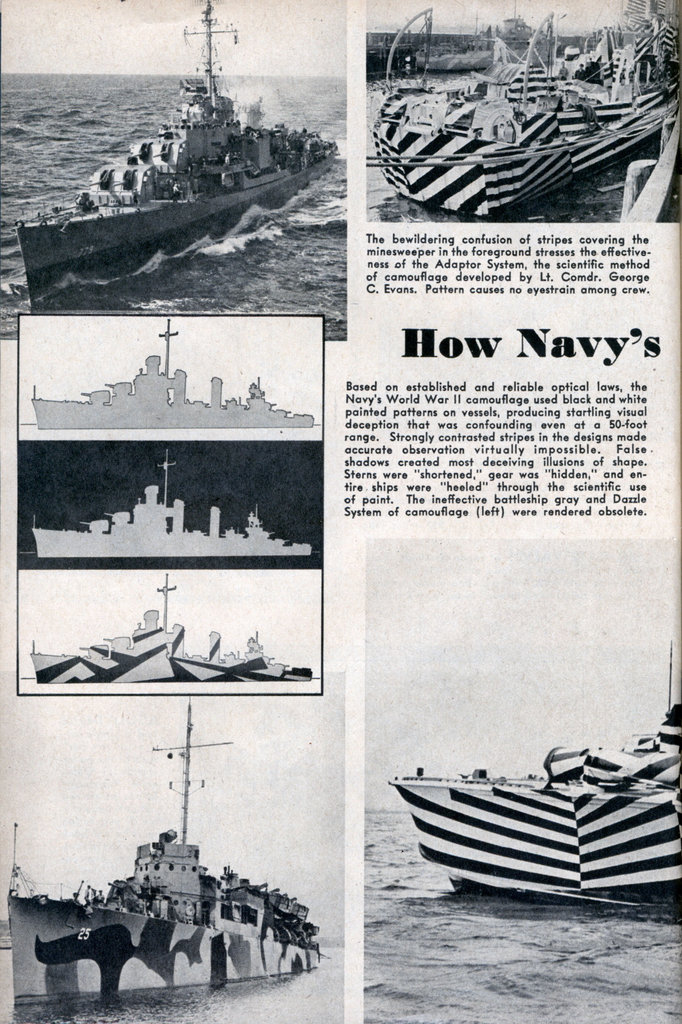 Based on established and reliable optical laws, the Navy’s World War II camouflage used black and white ! painted patterns on vessels, producing startling visual deception that was confounding even at a 50-foot range. Strongly contrasted stripes in the designs made accurate observation virtually impossible. False, shadows created most deceiving illusions of shape. Sterns were “shortened,” gear was “hidden,” and entire ships were “heeled” through the scientific use of paint. The ineffective battleship gray and Dazzle System of camouflage (left) were rendered obsolete.