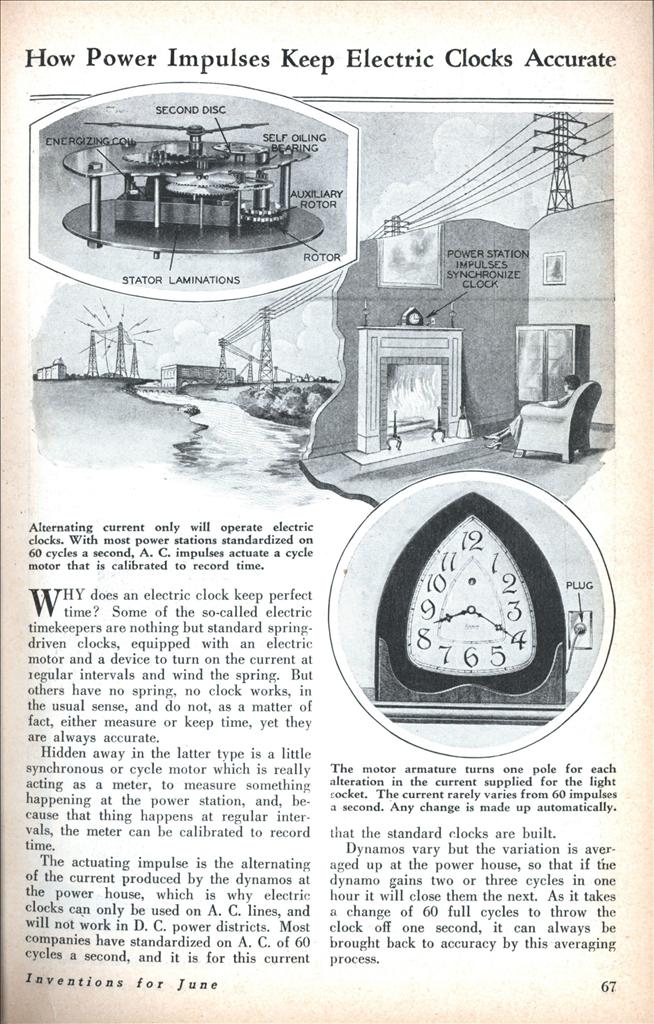 WHY does an electric clock keep perfect time? Some of the so-called electric timekeepers are nothing but standard spring-driven clocks, equipped with an electric motor and a device to turn on the current at regular intervals and wind the spring. But others have no spring, no clock works, in the usual sense, and do not, as a matter of fact, either measure or keep time, yet they are always accurate.

Hidden away in the latter type is a little synchronous or cycle motor which is really acting as a meter, to measure something happening at the power station, and, he-cause that thing happens at regular intervals, the meter can be calibrated to record time.

The actuating impulse is the alternating of the current produced by the dynamos at the power house, which is why electric clocks can only be used on A. C. lines, and will not work in D. C. power districts. Most companies have standardized on A. C. of 60 cycles a second, and it is for this current that the standard clocks are built.

Dynamos vary but the variation is averaged up at the power house, so that if the dynamo gains two or three cycles in one hour it will close them the next. As it takes a change of 60 full cycles to throw the clock off one second, it can always be brought back to accuracy by this averaging process.