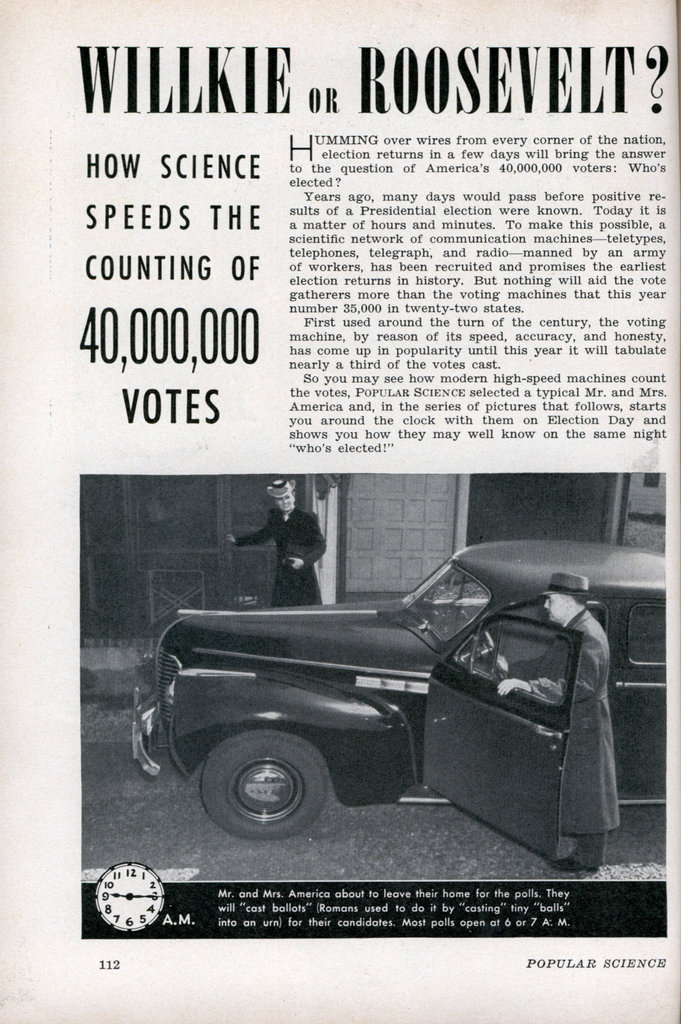 Willkie or Roosevelt?
HOW SCIENCE SPEEDS THE COUNTING OF 40,000,000 VOTES

HUMMING over wires from every corner of the nation, election returns in a few days will bring the answer to the question of America’s 40,000,000 voters: Who’s elected ?

Years ago, many days would pass before positive results of a Presidential election were known. Today it is a matter of hours and minutes. To make this possible, a scientific network of communication machinesâ€”teletypes, telephones, telegraph, and radioâ€”manned by an army of workers, has been recruited and promises the earliest election returns in history. But nothing will aid the vote gatherers more than the voting machines that this year number 35,000 in twenty-two states.

First used around the turn of the century, the voting machine, by reason of its speed, accuracy, and honesty, has come up in popularity until this year it will tabulate nearly a third of the votes cast.

So you may see how modern high-speed machines count the votes, Popular Science selected a typical Mr. and Mrs. America and, in the series of pictures that follows, starts you around the clock with them on Election Day and shows you how they may well know on the same night “who’s elected!”