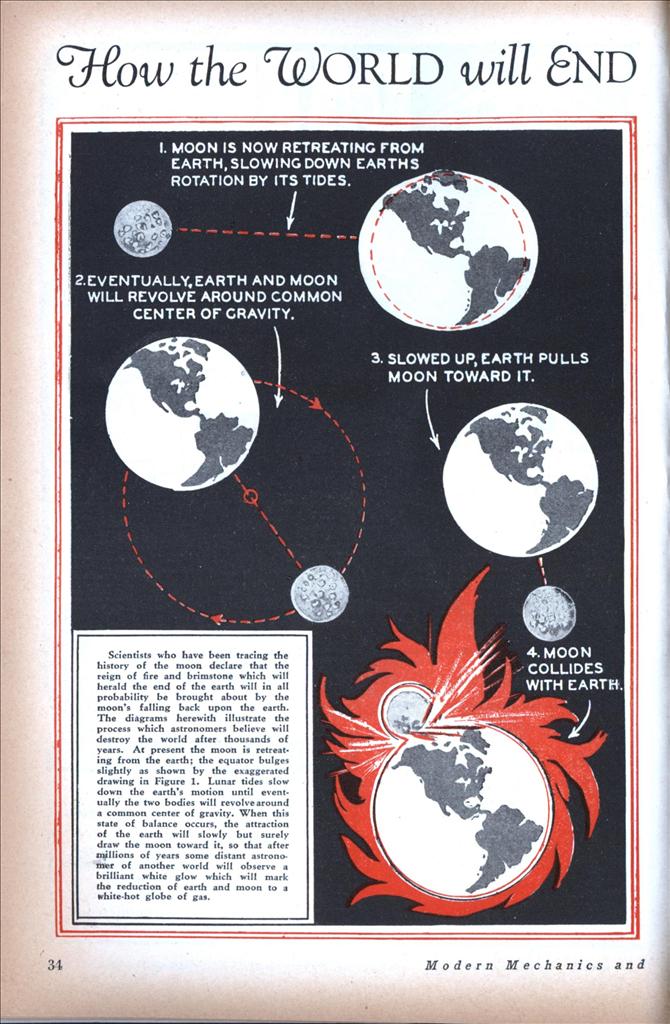 How the World will End

Scientists who have been tracing the history of the moon declare that the reign of fire and brimstone which will herald the end of the earth will in all probability be brought about by the moon’s falling back upon the earth. The diagrams herewith illustrate the process which astronomers believe will destroy the world after thousands of years. At present the moon is retreating from the earth; the equator bulges slightly as shown by the exaggerated drawing in Figure 1. Lunar tides slow down the earth’s motion until eventually the two bodies will revolve around a common center of gravity. When this state of balance occurs, the attraction of the earth will slowly but surely draw the moon toward it, so that after millions of years some distant astronomer of another world will observe a brilliant white glow which will mark the reduction of earth and moon to a white-hot globe of gas.